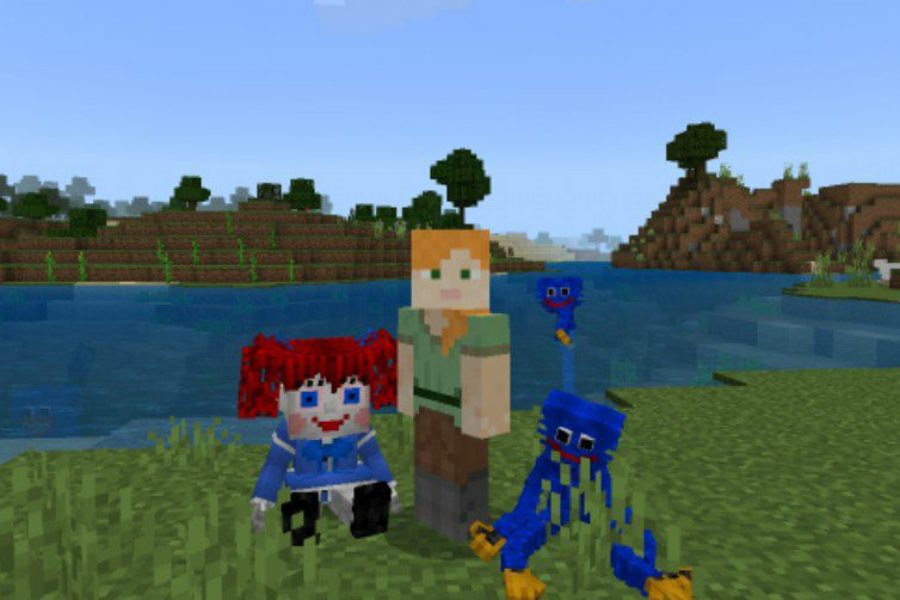 Download Poppy Playtime Mod for Minecraft PE: try to escape from a creepy monster that will haunt the hero everywhere.

Poppy Playtime Mod is based on the plot of the popular horror game. In it, a former employee of the toy factory returns to his place of work. It is alarming that everyone who worked there previously disappeared more than ten years ago.

All the main characters of the original story will appear in Minecraft PE. Huggy Waggy, Kissy Missy, and Poppy toy.

The main character of the Poppy Playtime Mod is creepy about Huggy Waggy. It has already gained great popularity all over the world. It is a blue-colored creature with long arms and legs that it can extend to reach the victim.

Its capabilities are very impressive because it can reach an object located at a distance of thirty blocks from it.

Initially, this monster will not pay any attention to the player, but at any moment his aggression may flare up and he will start chasing.

In addition to the mob itself, there are also decorative elements in this update for Minecraft PE, these are toys in the form of characters.

Capabilities of the hero

In the Poppy Playtime Mod, the hero should be very careful, because all the characters are extremely hostile to him. As soon as the monsters notice the player, they will immediately inform Huggy Waggy about it. And he will certainly do everything possible to destroy his target.

The developers have added an unusual two-handed device to Minecraft PE. It can help activate the mechanisms.

This story has become so popular for a reason because it is so interesting: hide from the creepy monster, and use every opportunity to survive. Of course, the hero will be very scared, and sometimes creepy, but it is worth it.

Do not forget to turn on the Experimental Game mode! 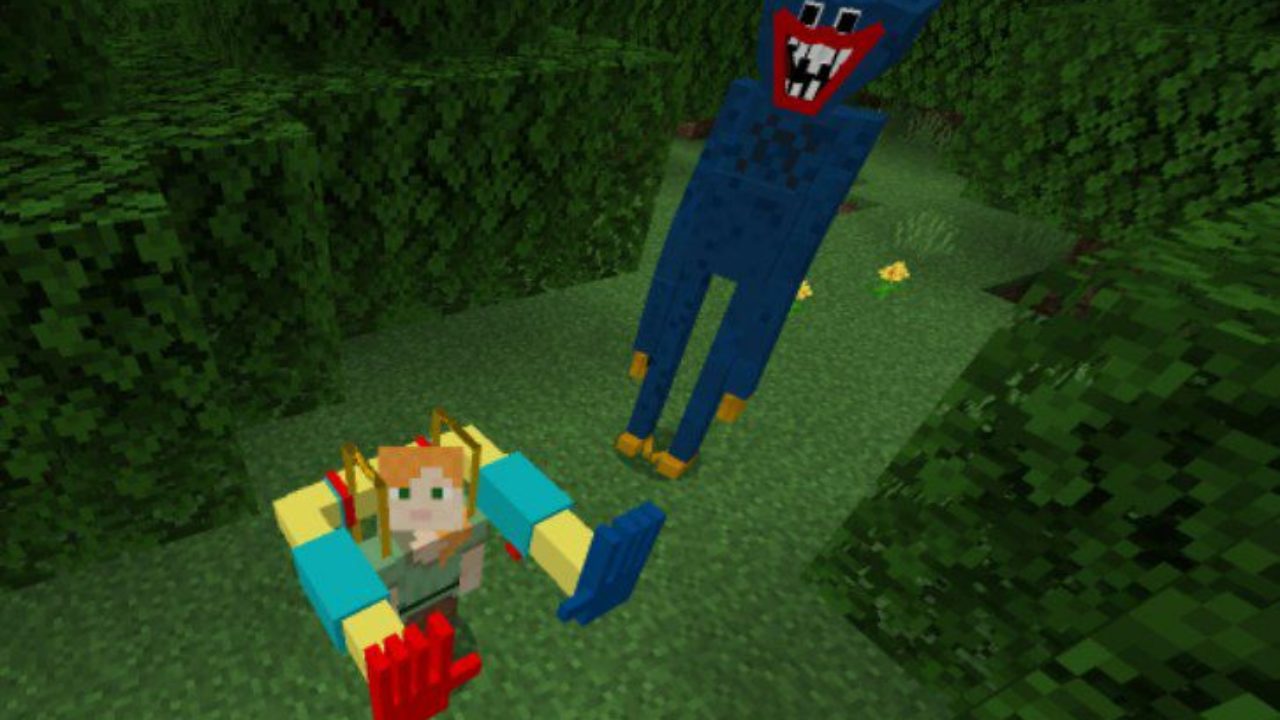 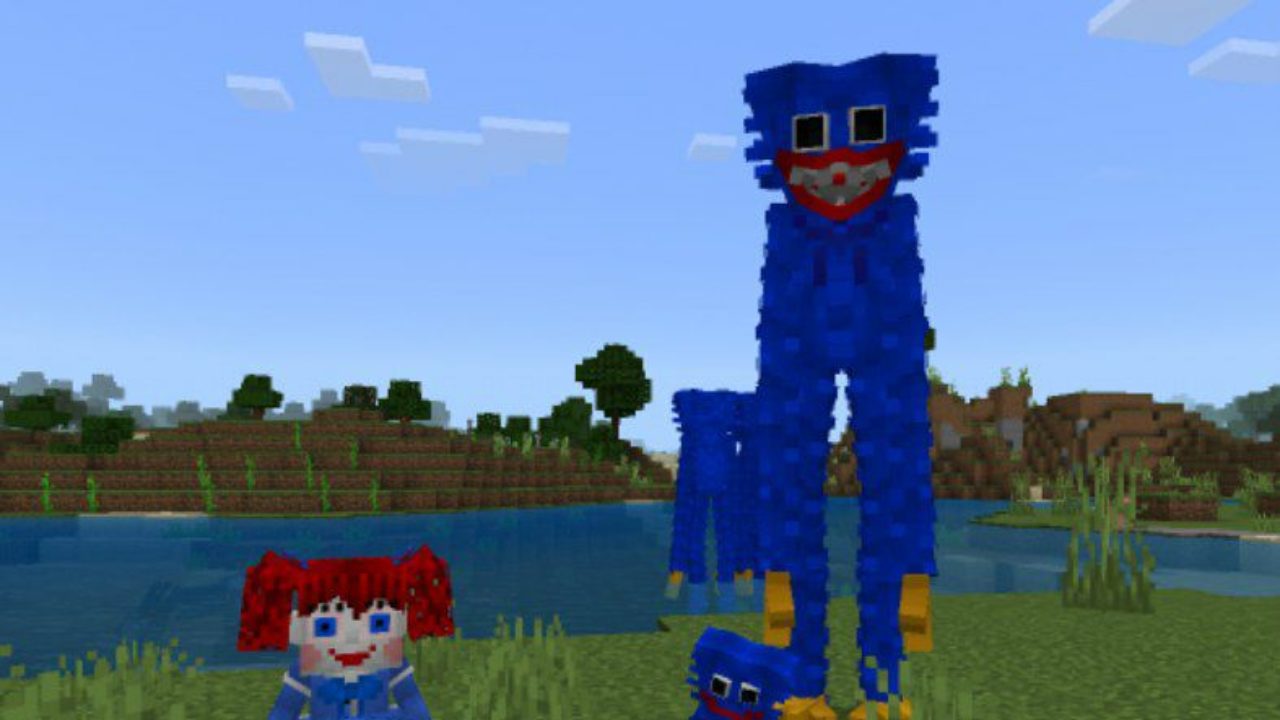 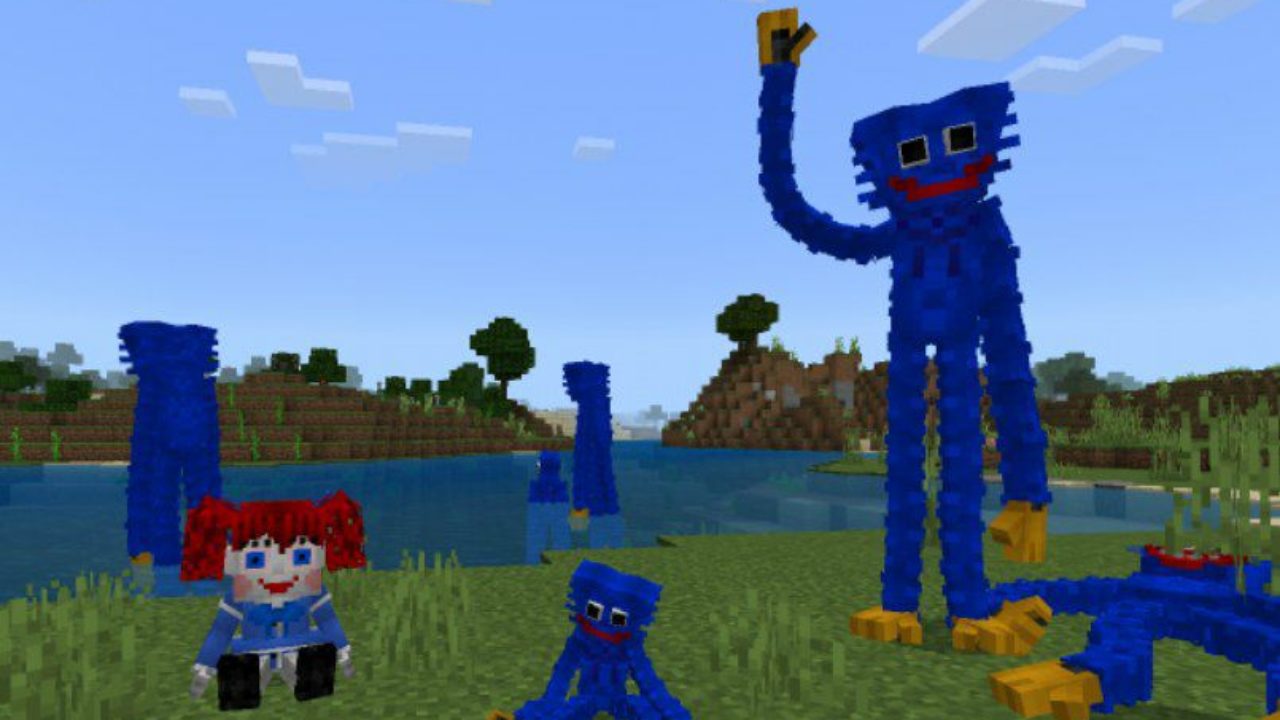 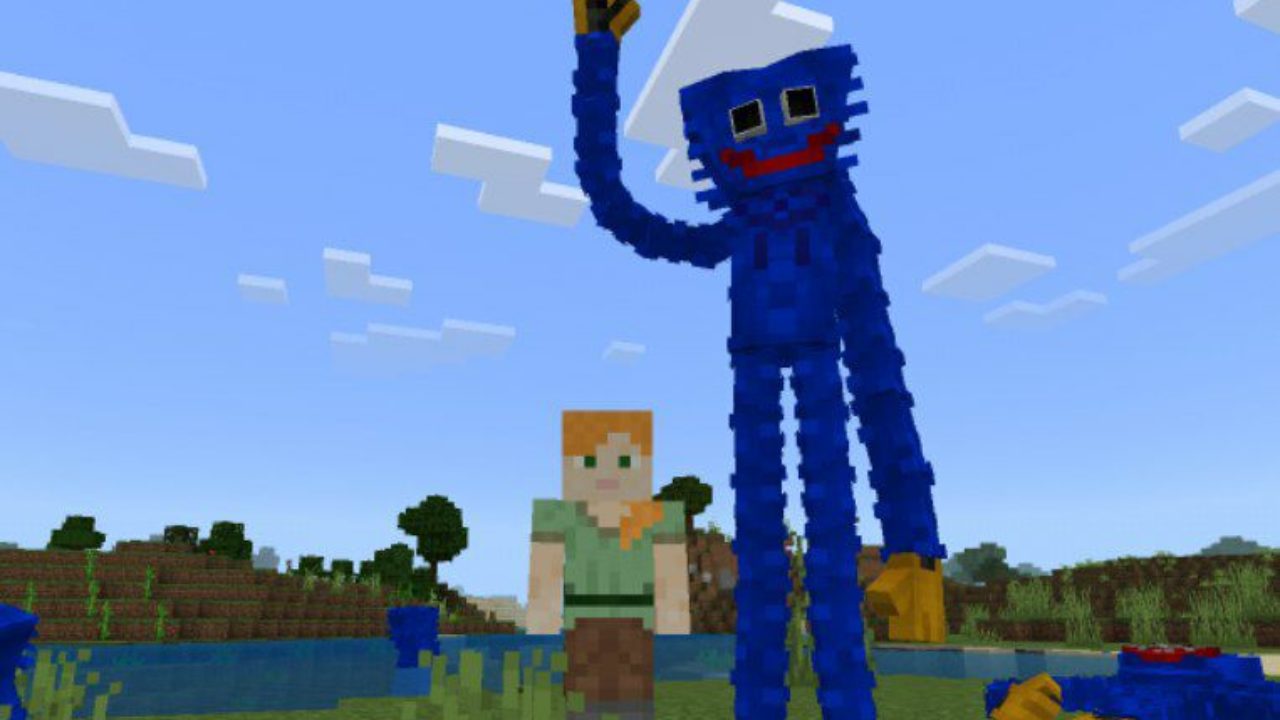 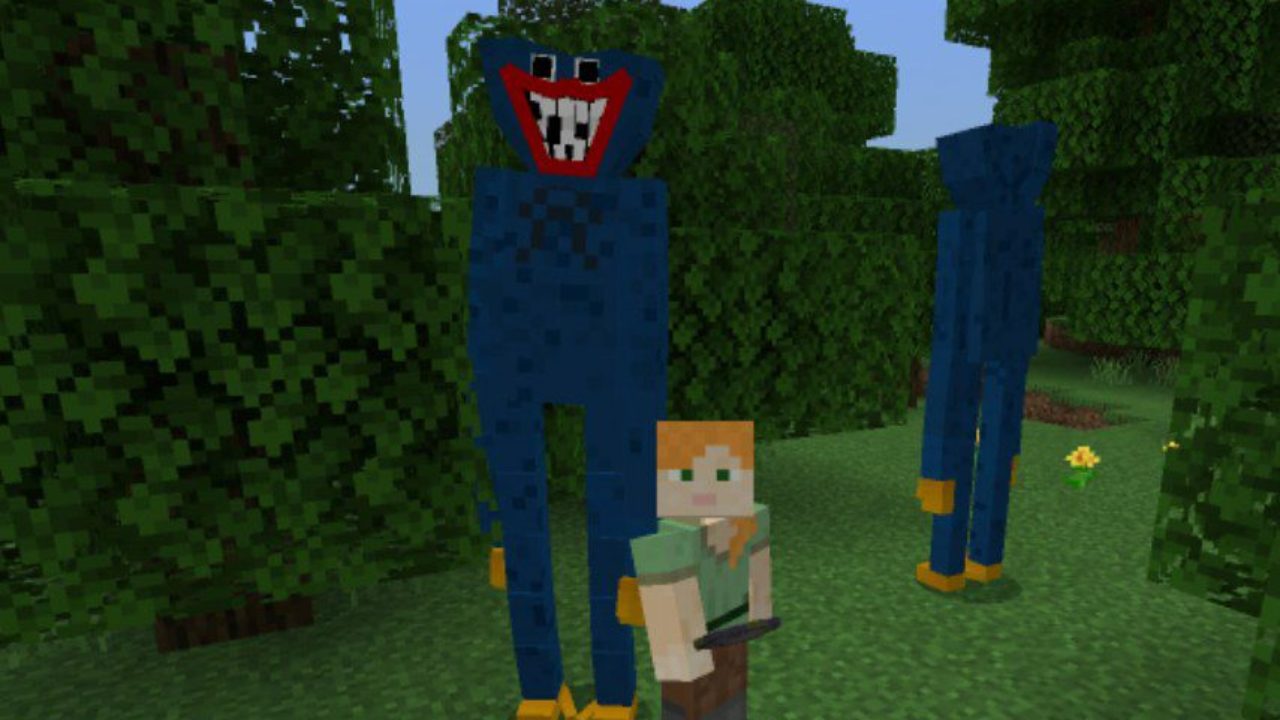