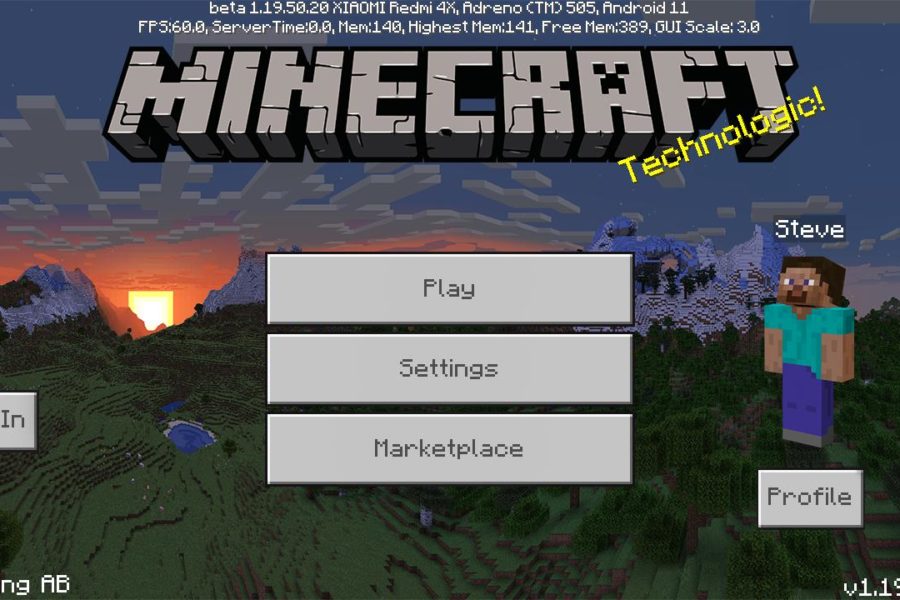 Download Minecraft 1.19.50.20 Wild Update for free on Android: when going on a trip, take a pet with you, for example, Allay can be extremely useful for the player.

The process of improving the cubic world is ongoing and developers constantly take into account the wishes of active users. This time in Minecraft 1.19.50.20 there is an opportunity to solve the actual problem by downloading various information.

This was made possible by the appearance of a new button. With its help, it will be possible to clear the cache in the contents of the Marketplace folders, but not the worlds. It is worth noting that this feature is available for absolutely all platforms, so each player will be able to use it if necessary.

In the cubic world, there is a fairly recognizable and understandable interface for each player. Developers are constantly adding new interesting features to it. At the same time, those that have not received sufficient approval among users may disappear forever.

Various messages have also been developed to help beginners get used to various processes. For example, in Minecraft PE 1.19.50.20, the tooltip that appears when copying the coordinates of the gamepad will display the correct icon of the platform that the player uses.

Another change is temporary and it is related to the background of the text in the accessibility options.

Mobs are an important component of the entire gameplay. One of those who appeared in the cubic world not so long ago, but already has a lot of fans, is Allay. Among its capabilities, first of all, one can note the ability to transfer various items to the player.

He can also follow the player or even dance. To do this, it is enough to turn on the jukebox next to it. But there are dangers in Minecraft 1.19.50.20 that have reappeared in the game. For example, the bushes of sweet berries again began to cause damage to the heroes.