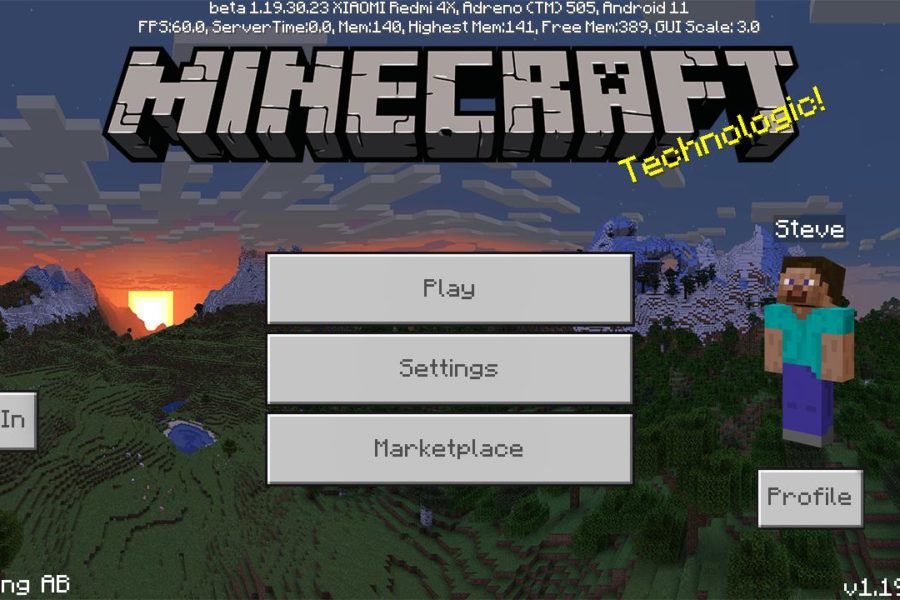 Minimization or almost complete absence of various failures and errors plays a big role in creating interesting and exciting gameplay. First of all, the development team is working on their elimination, and users can observe existing changes with each update.

For example, the names of the players were shifted and displayed incorrectly, now this problem has been fixed. Also, if previously players managed to use paid emotions without payment, then in Minecraft 1.19.30.23 it will be impossible.

Players who have not yet visited this biome should pay close attention to it. The fact is that it is interesting in many aspects. Almost its entire surface is not covered with grass or earth or even sand. Players will find blocks of dirt under their feet.

But this is far from a useless resource, if they are dried, they will be useful to players in construction. Also, local wood and even the roots of mangrove trees can be used by the heroes.

By the way, residents have already appeared in this biome. In Minecraft PE 1.19.30.23, the developers fixed a bug that caused some of them to have clothes that did not match their profession.

Since the appearance of this biome in the cubic world, players have been showing special interest in it, because there is something mysterious and dangerous in it. The fact is that in this area they can meet unusual blocks.

Their common name is Sculk and they can greatly harm the heroes. The fact is that they create vibrations, which in turn can attract a very dangerous opponent. In Minecraft 1.19.30.23, players should know that even in complete darkness, they will be able to detect them by sound or smell.

The creepy creature lives underground and can appear at any moment in maximum proximity. Therefore, for those brave heroes who decide to explore these territories, the developers have prepared dangerous tests.