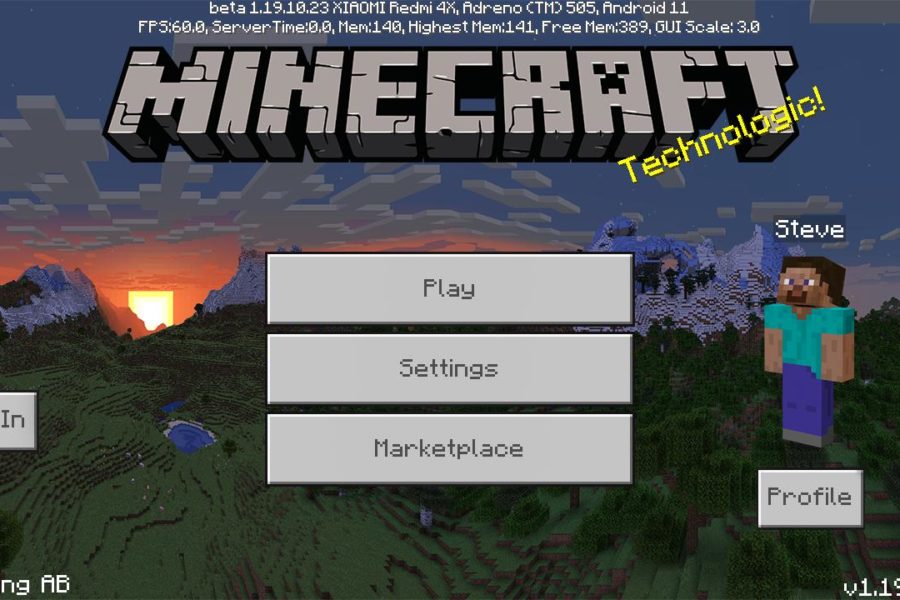 All users are looking forward to each update, because new blocks or items may appear in it. The developers of Mojang Studios try to take into account all the wishes and comments of the players.

Minecraft PE 1.19.10.23 has improved gameplay and block generation. A new summoning egg appears for The Trader Llama. Fixed crashes when uploading or uploading to the world.

In this biome, which for many the player is not yet fully explored, new features and changes appear in each new update. For example, in Minecraft 1.19.10.23, swamp dwellers appear here.

Thus, this area is becoming more and more interesting to explore and study. Moreover, the leaves of local trees no longer block growth. The developers also worked on the generation of clay blocks. Now they will have the correct shape and location.

Many players may have thought that it would be great to watch the gameplay while in the game, but not participate in it in any way. This can be interesting from the point of view of acquiring new skills and further applying them.

The developers announced the viewer mode in Minecraft PE 1.19.10.23, while they pay special attention to the fact that it is still in development and can be completely changed in the future. But at the same time, players can already try it out.

In this version, the hero will be able to breathe anything, and also the sleep rule will not apply to him, so as not to miss all the interesting moments.

Also in Minecraft 1.19.10.23 players will not push the doors when they close. If the inventory is full, the items will be stacked in the left hand in the correct order.

If a goat crashes into mangroves, the fall of its horn will occur correctly.