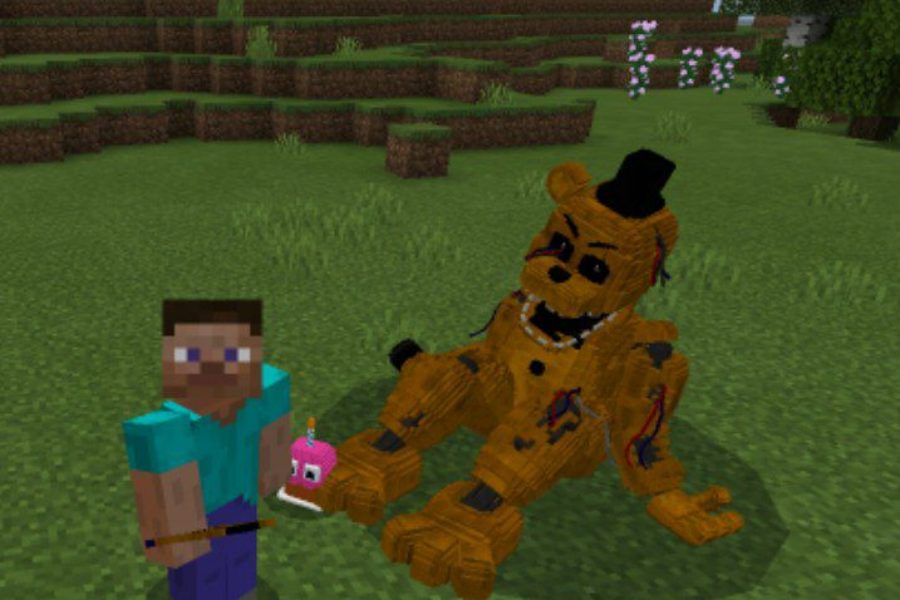 A series of games about bloodthirsty animatronics who are trying their best to kill the main character has recently been at the peak of its popularity. The original idea of a horror adventure served as the basis for the creation of five nights at freddy’s mod for Minecraft PE.

In this update, Minecraft PE players will be able to diversify the gameplay with the help of creepy monsters. Detailed drawn characters that look really very intimidating and frightening.

This update for FNAF Mod includes several dozen characters that are collected from all parts of the original computer game.

The authors have worked out the textures, sounds, and animations of monsters in Minecraft PE in incredible detail. Each of them will have its own attack capabilities: high attack speed or incredible strength.

All creatures look amazingly realistic and therefore frighten even more.  There are also plush toys that users can use to decorate and create a horror atmosphere.

Summoning eggs, which the hero can find in the Inventory, are added not by living creatures, but by animated figures. They can move and pose for the players.

Of course, the main characters of all updates on this story are animatronics. In this update for FNAF Mod, incredibly realistic mobs based on the famous series of games will be available to the heroes.

Creepy and disfigured monsters will fill the world of Minecraft PE and create an atmosphere of horror and fear. Such an adventure will definitely be remembered by all players.

Foxy, Chikka, Bonnie, and Freddy are already waiting for all the heroes who decide to meet them. Just download this update and immerse yourself in the horror story. 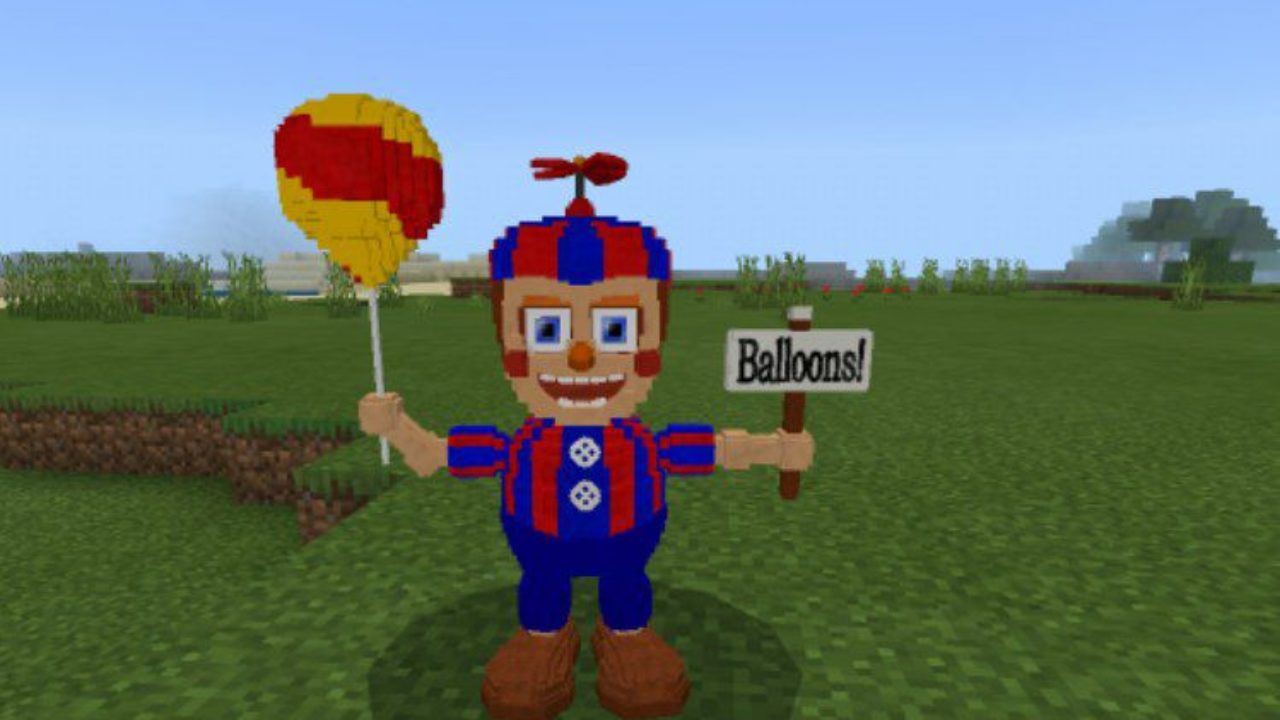 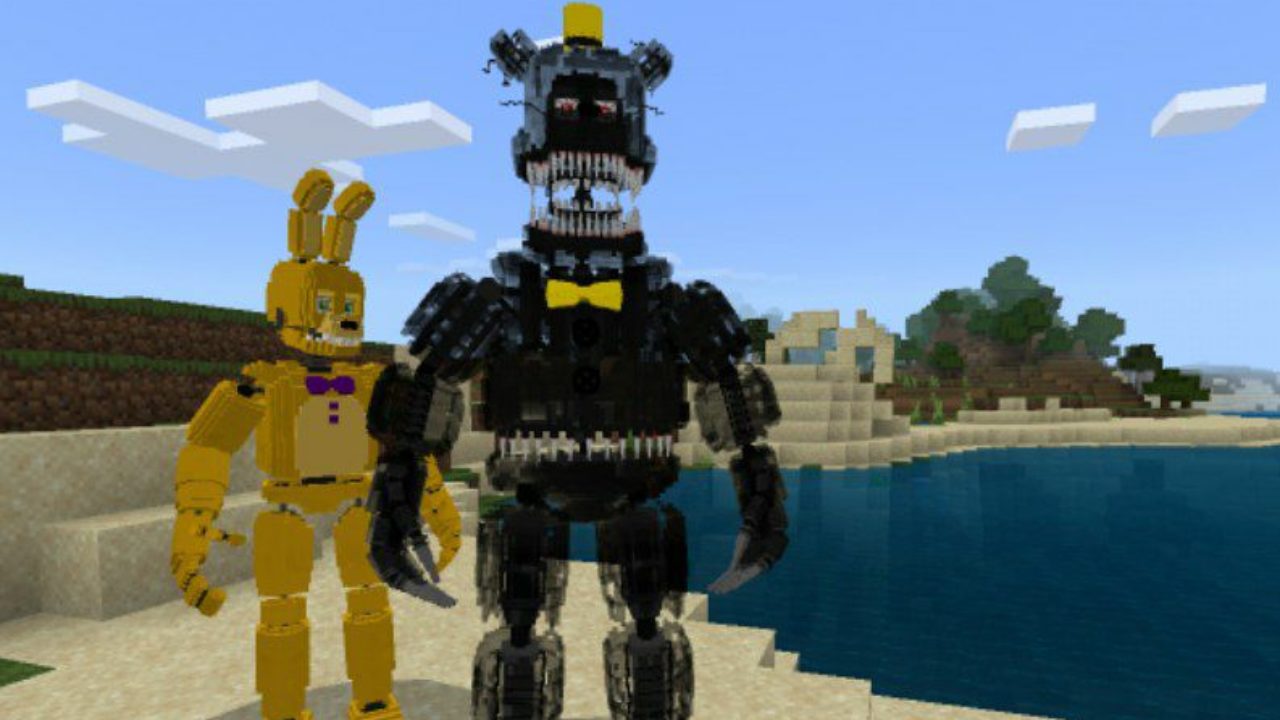 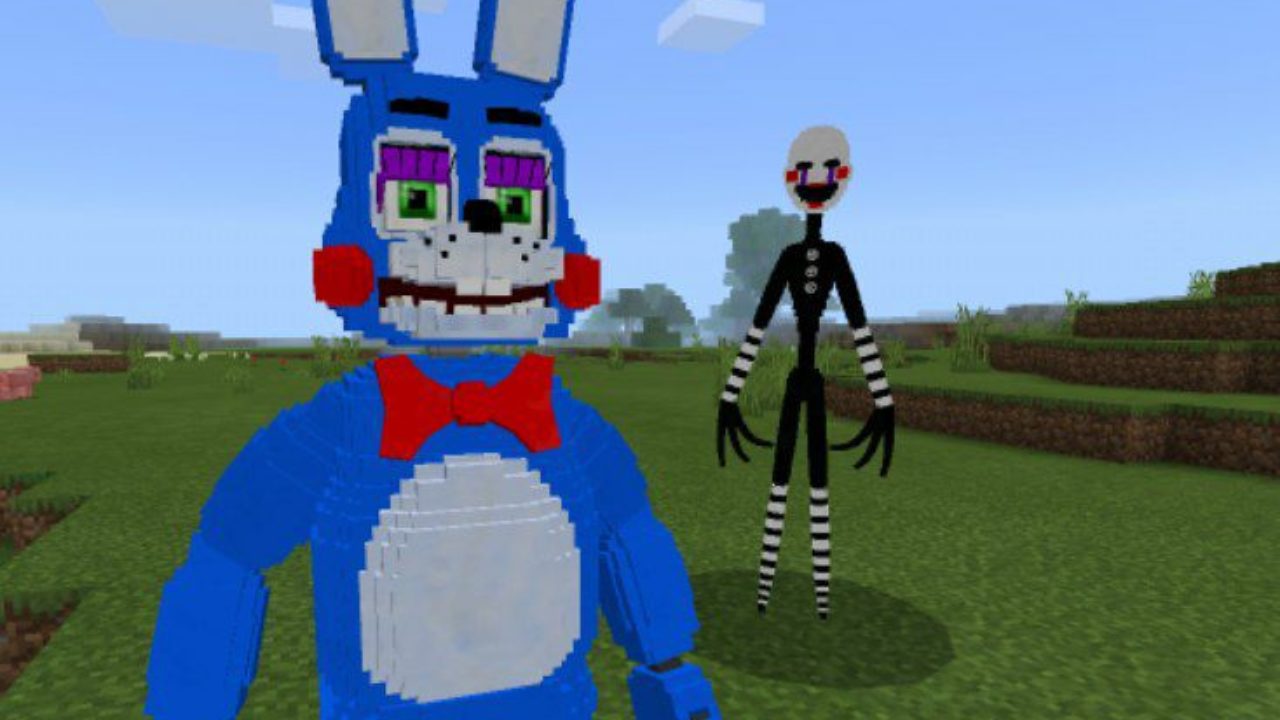 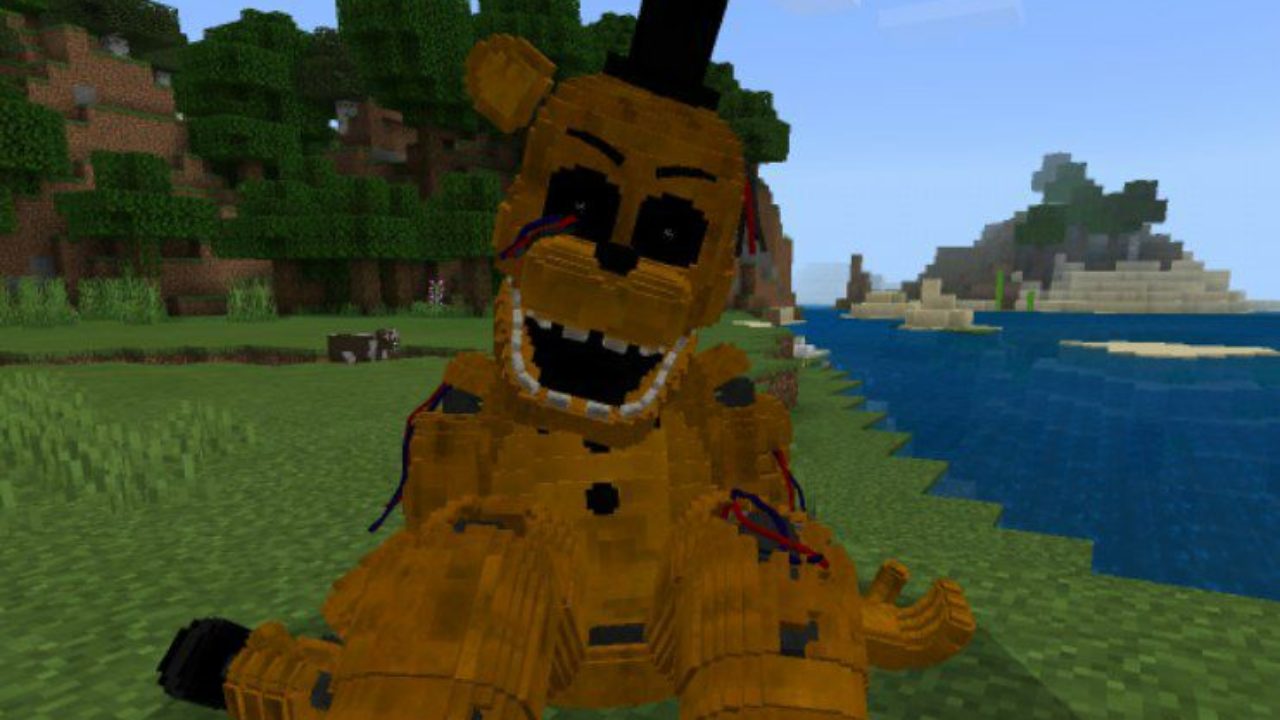 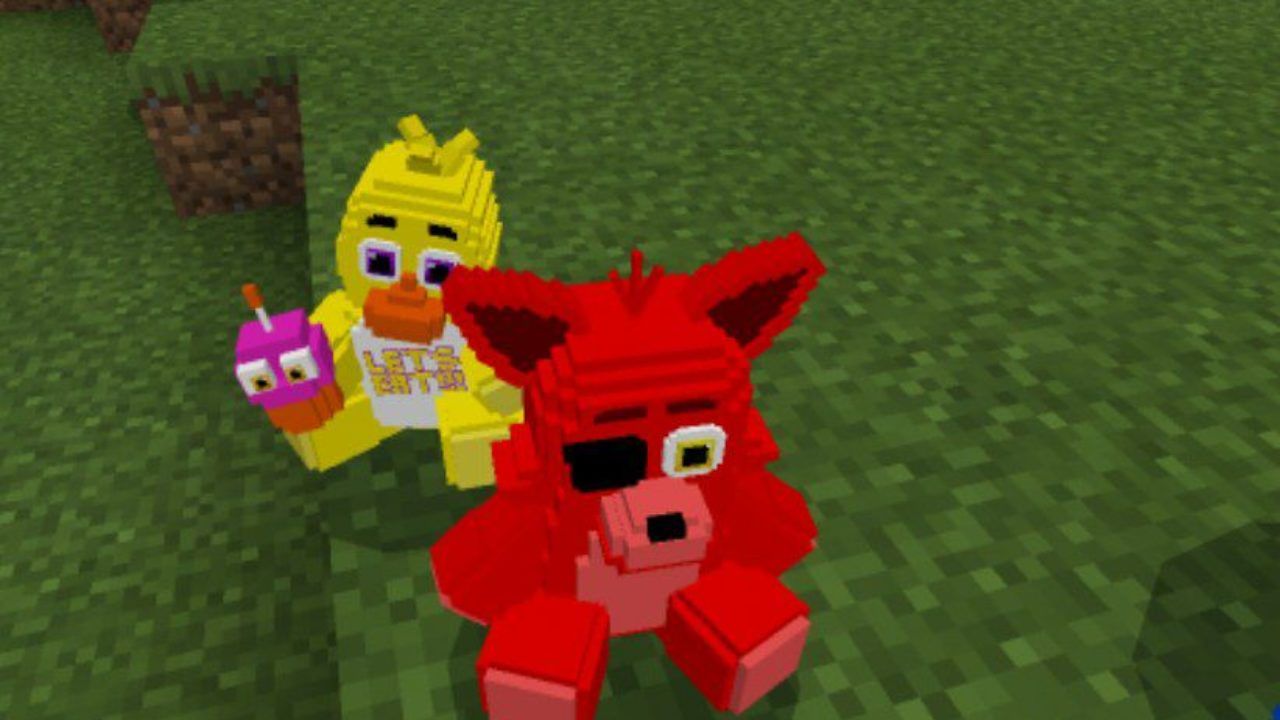