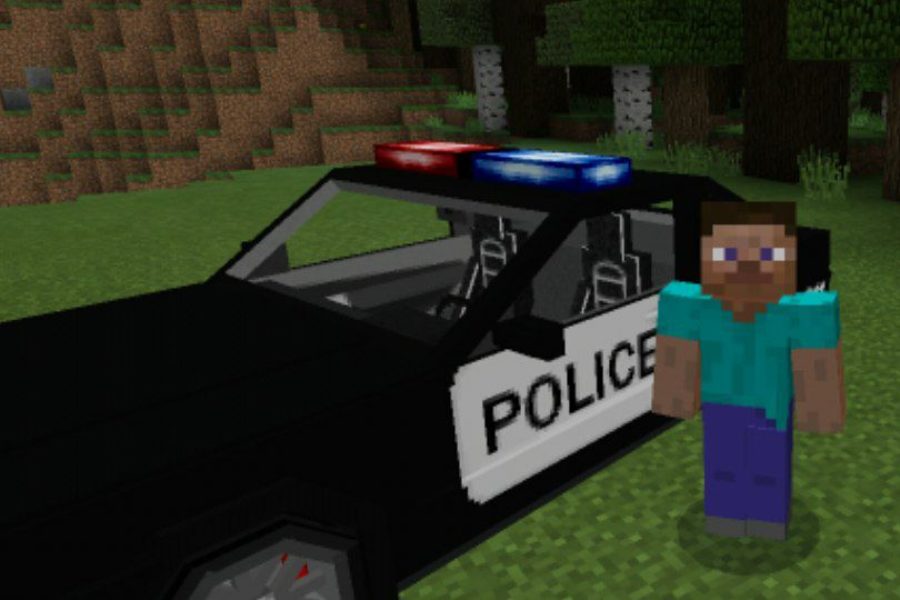 No comments
Car Mods for Minecraft PE
(1 vote, Rating: 5 out of 5)
Download

Download Police Car Mod for Minecraft PE: get the opportunity to ride on any transport that the police have in their arsenal.

Law enforcement officers should always react quickly to any danger and appear at the crime scene as soon as possible. Therefore, they have at their disposal the entire set of the most modern vehicles.

Police Car Mod provides Minecraft PE users with the opportunity to personally assess the speed and convenience of movement. Starting from standard cars and motorcycles, ending with helicopters and even a boat.

Just download the update and start your own story or play with friends. In any case, this adventure will be remembered for its dynamism and unpredictability.

The developers of Police Car Mod have done their best to create a fully detailed vehicle. Players can fully experience the whole atmosphere, primarily due to sound effects.

Periodically, a siren will be heard, which notifies everyone around about the approach of law enforcement officers. Also, this transport is drawn in detail both outside and inside.

Minecraft PE users will be able to fully feel themselves in the role of a policeman, the developers have added an ignition key inside the car, which must be used to start driving.

This assembly includes several different vehicles at once: these are cars, motorcycles, a helicopter, and even a boat. Players can use them both to create a special atmosphere and to quickly move around the cubic world.

This update for Police Car Mod allows players to travel freely by land, water, and air. There are no restrictions anymore, you can easily and very quickly get anywhere in the world of Minecraft PE.

Especially the modification is suitable for those players who like to arrange role-playing games with friends. 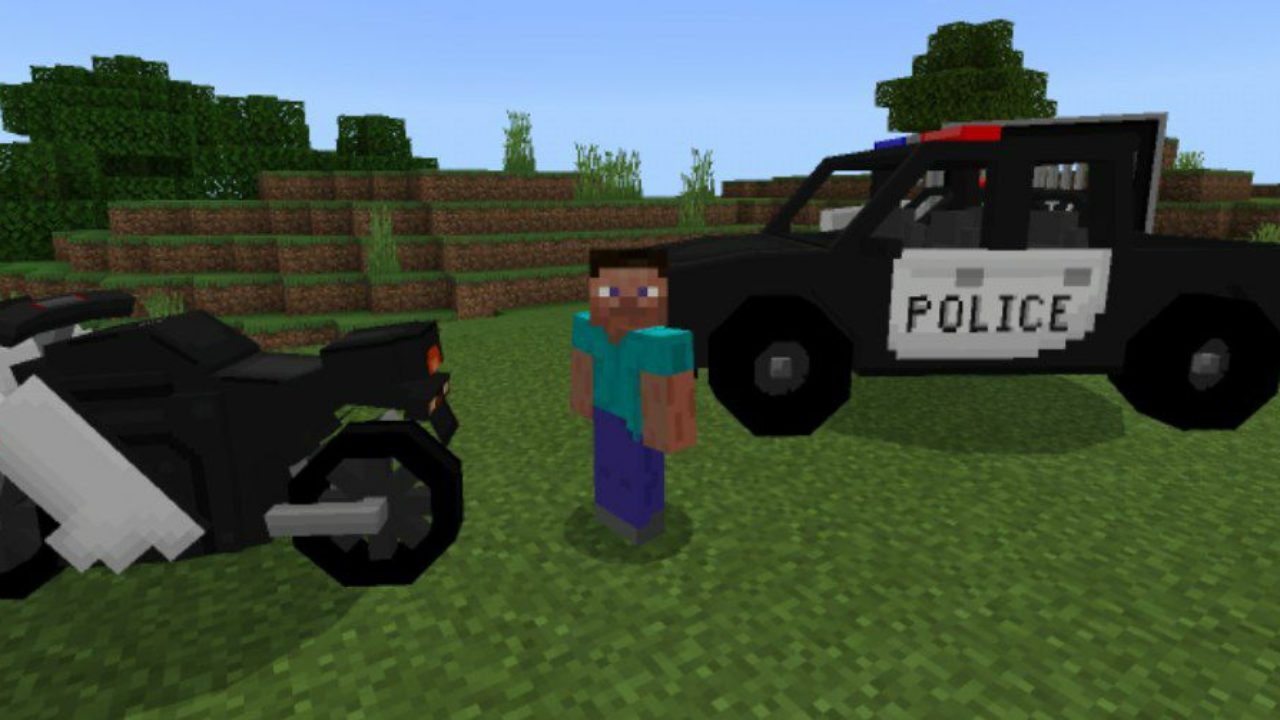 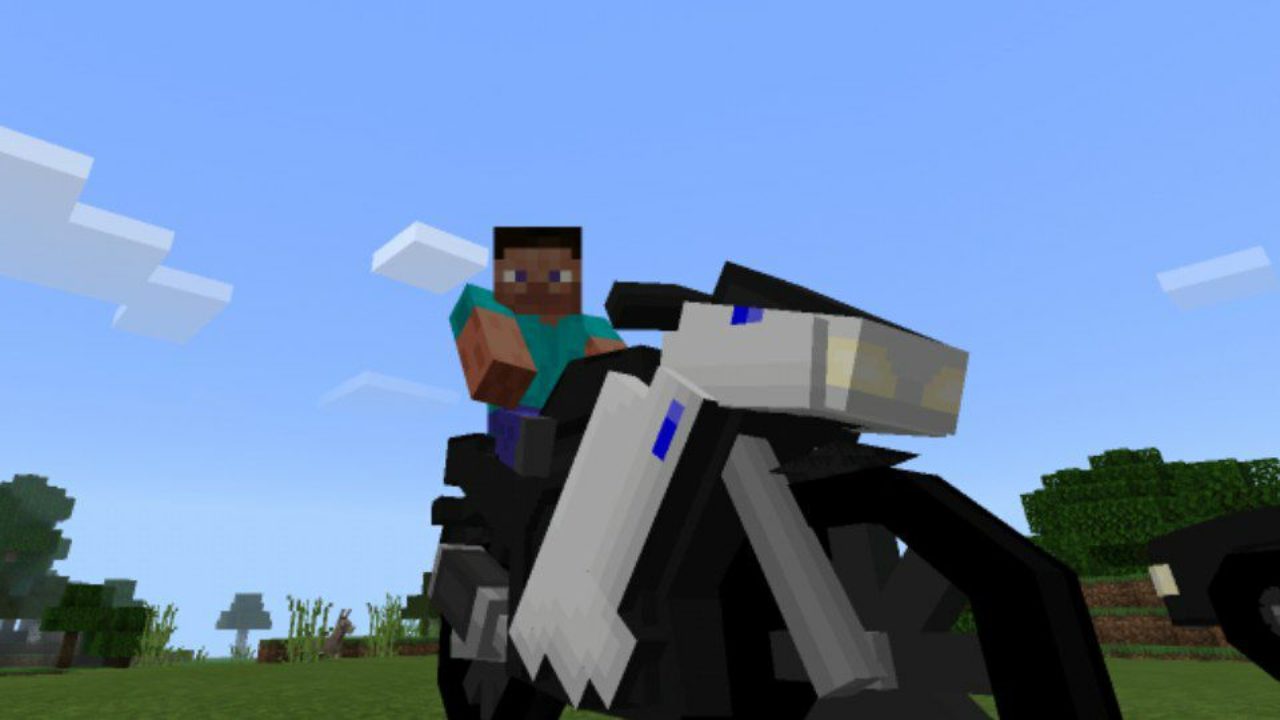 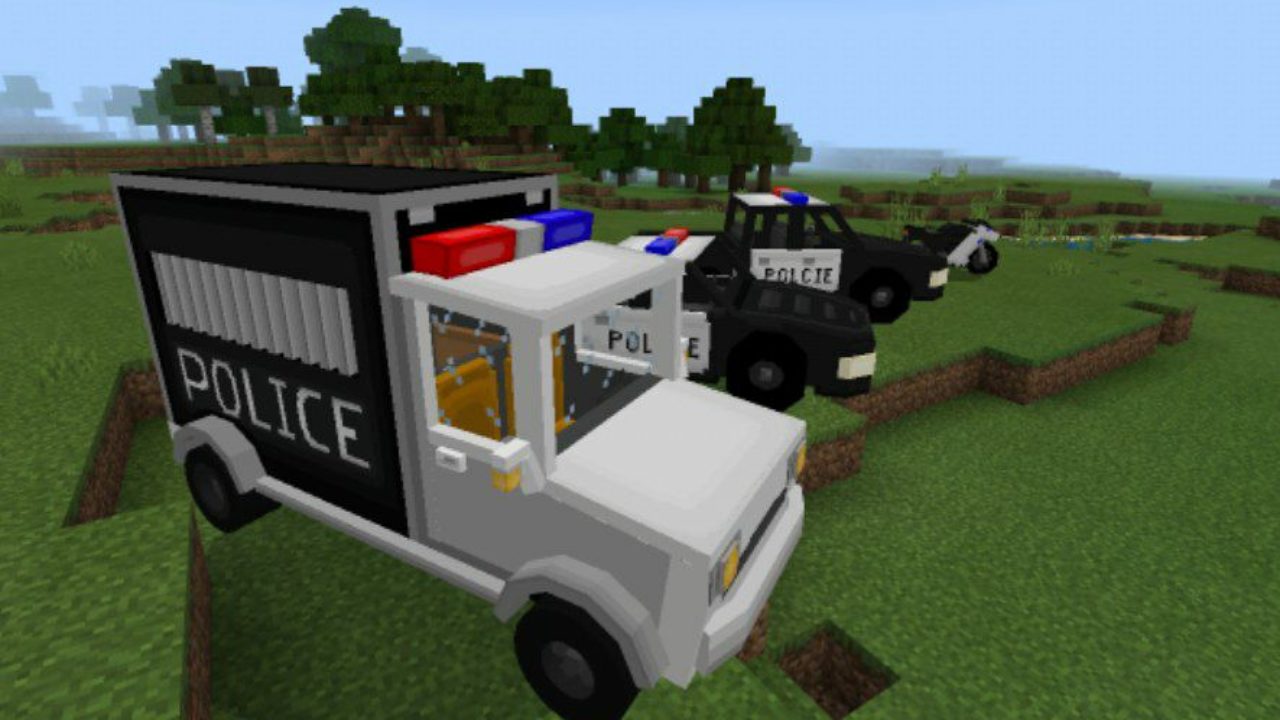 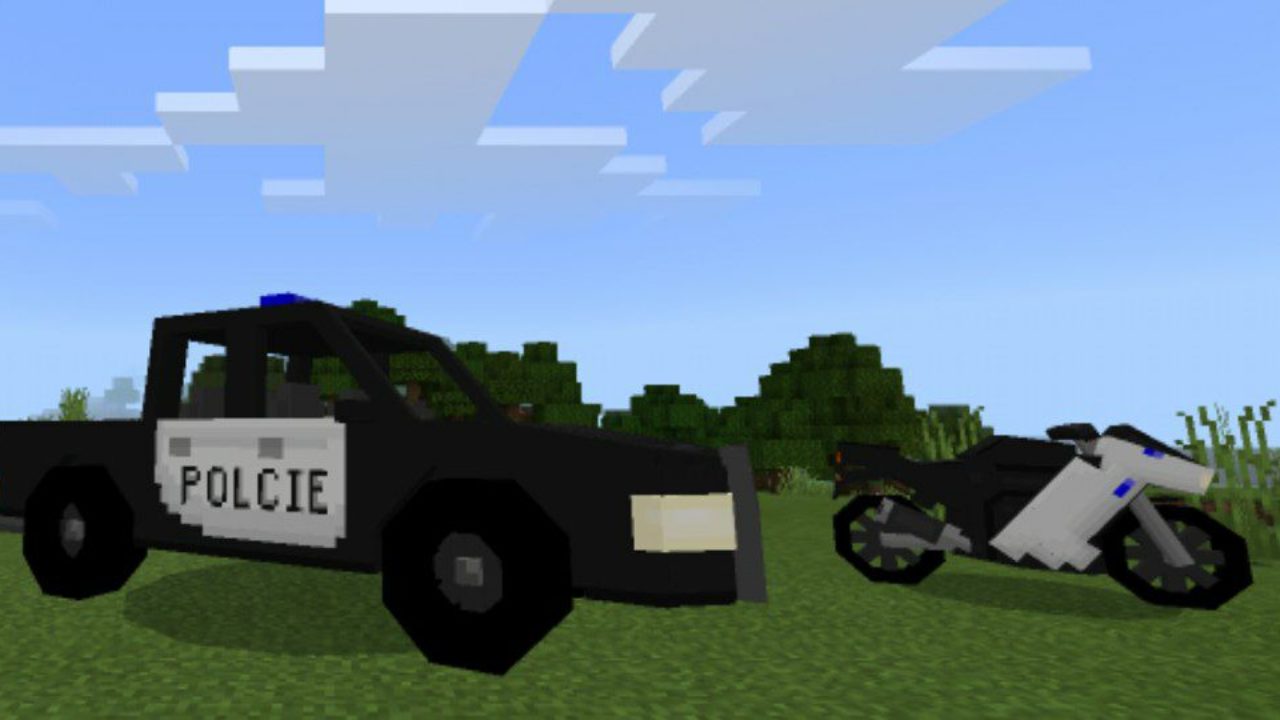 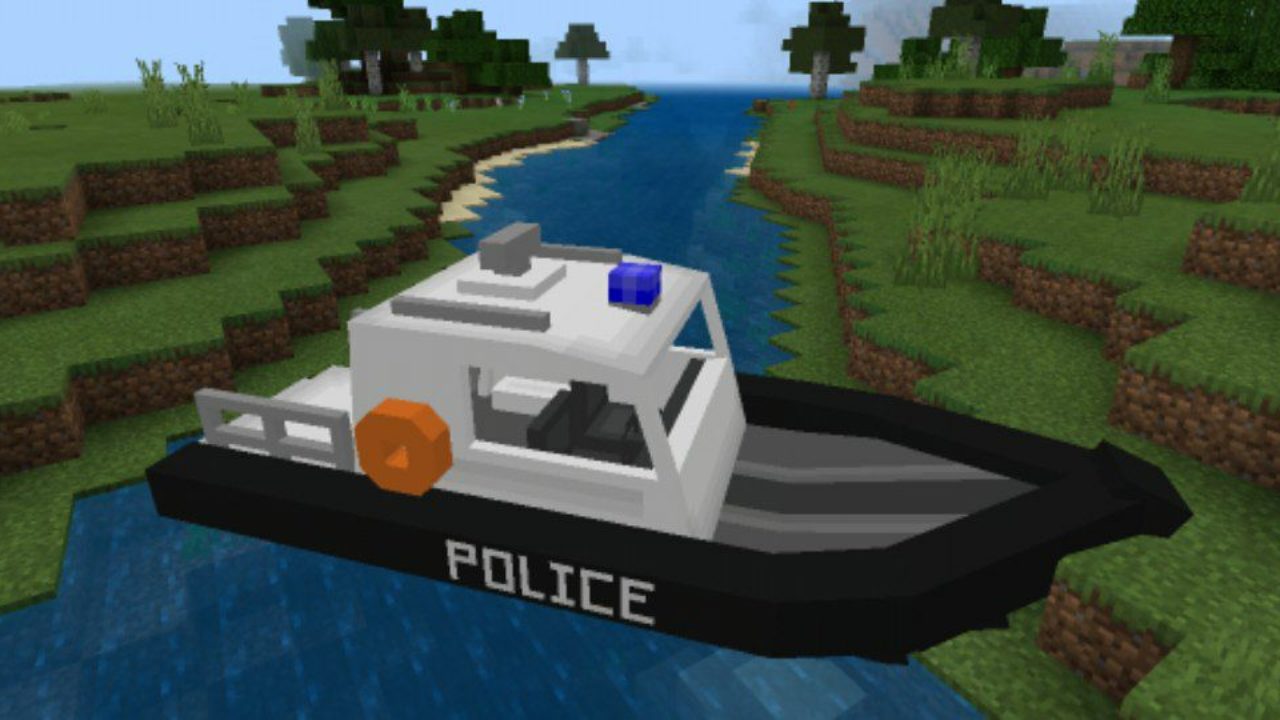