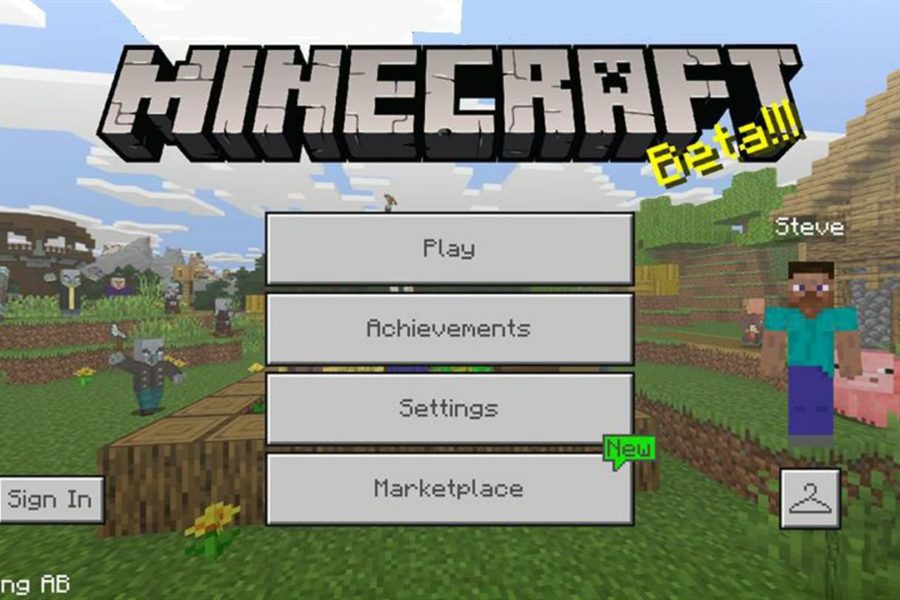 Download Minecraft PE 1.9.0 for Free on Android: try to fight the robbers and get the treasures that are hidden in their lair.

The developers of Mojang Studios have added a lot of new blocks and colors and items to Minecraft Bedrock 1.9.0.

For example, in order to create new paint colors, the hero can use flowers. Users can get a blue shade from cornflowers, they can find these plants on the plain. But by the river, players can find lilies of the valley – they will turn white.

The developers try to change the gameplay in each update in such a way that it becomes more interesting and convenient.

New mobs that attack villagers appear in Minecraft 1.9.0. They are armed with crossbows and usually move on foot, but one of them may be riding a creepy monster.

He is called the ruiner and together with the robber is a big threat to the player. Players can also try to find a so-called outlaw outpost near the village. If he manages to defeat them, then the inside player can find a chest with various treasures.

The new block in Minecraft PE 1.9.0 looks quite standard, it is placed in the middle of the village. The bell emits a characteristic sound that can notify residents of danger during a robber raid.

To buy this item, the player should contact a villager, the user will need a pair of emeralds.

Walking through the jungle, players can discover a new location – a bamboo forest. This is where cute mobs and black and white pandas live in Minecraft 1.9.0.

They can be fed with cake or bamboo. They do not pose any danger to the player unless, of course, he is trying to offend their cubs. In this case, the animals will definitely attack.

Of course, a large number of reeds can be found in this place. From this plant, players can create paper, as well as make scaffolding. They will be very useful during the construction of buildings. 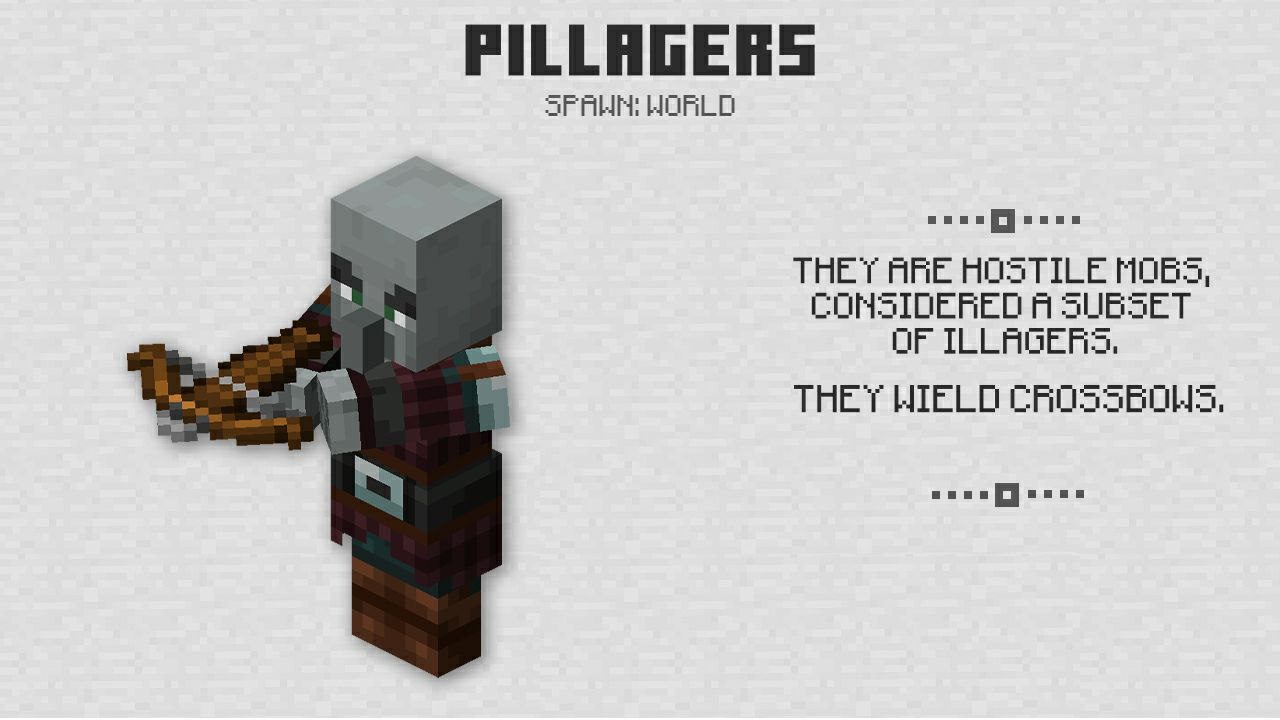 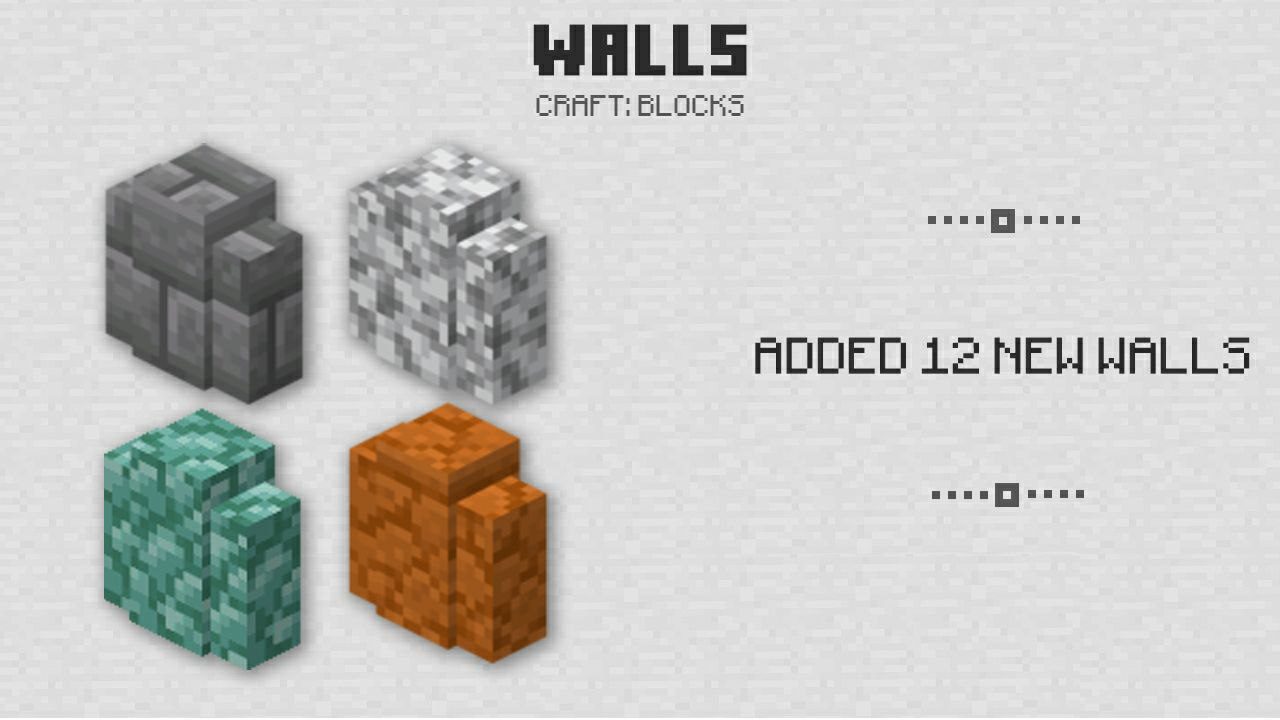 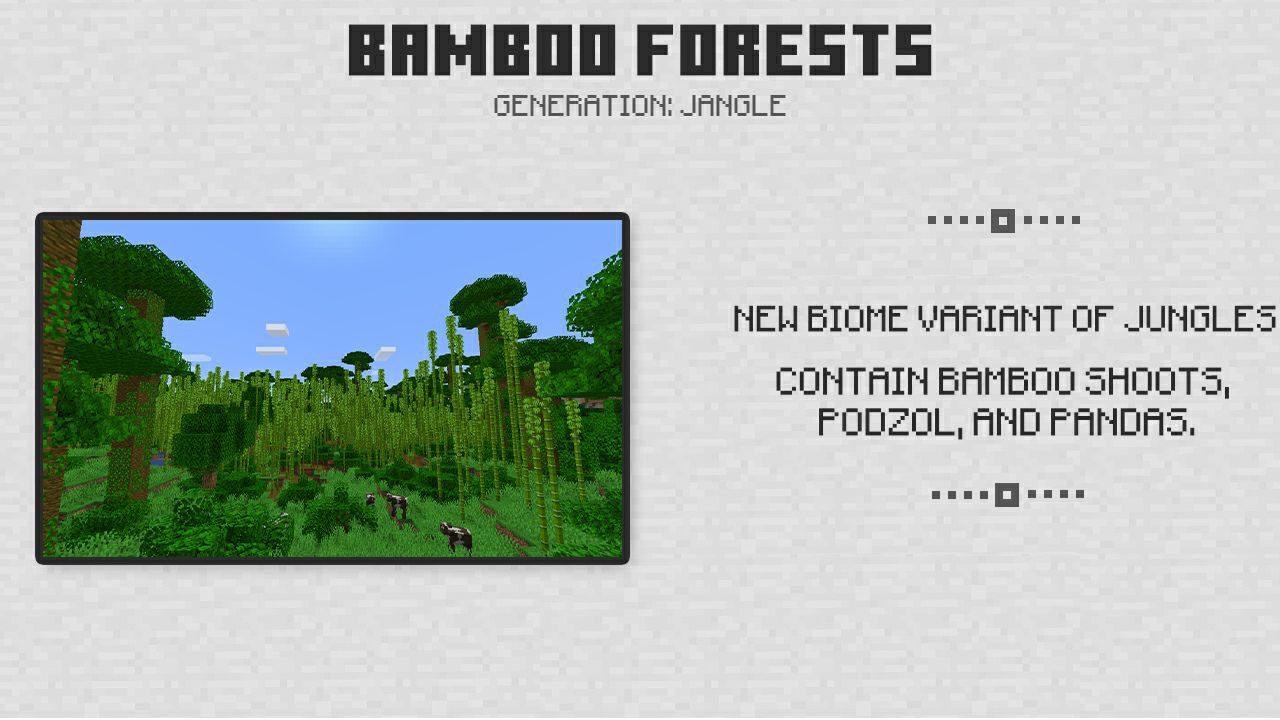 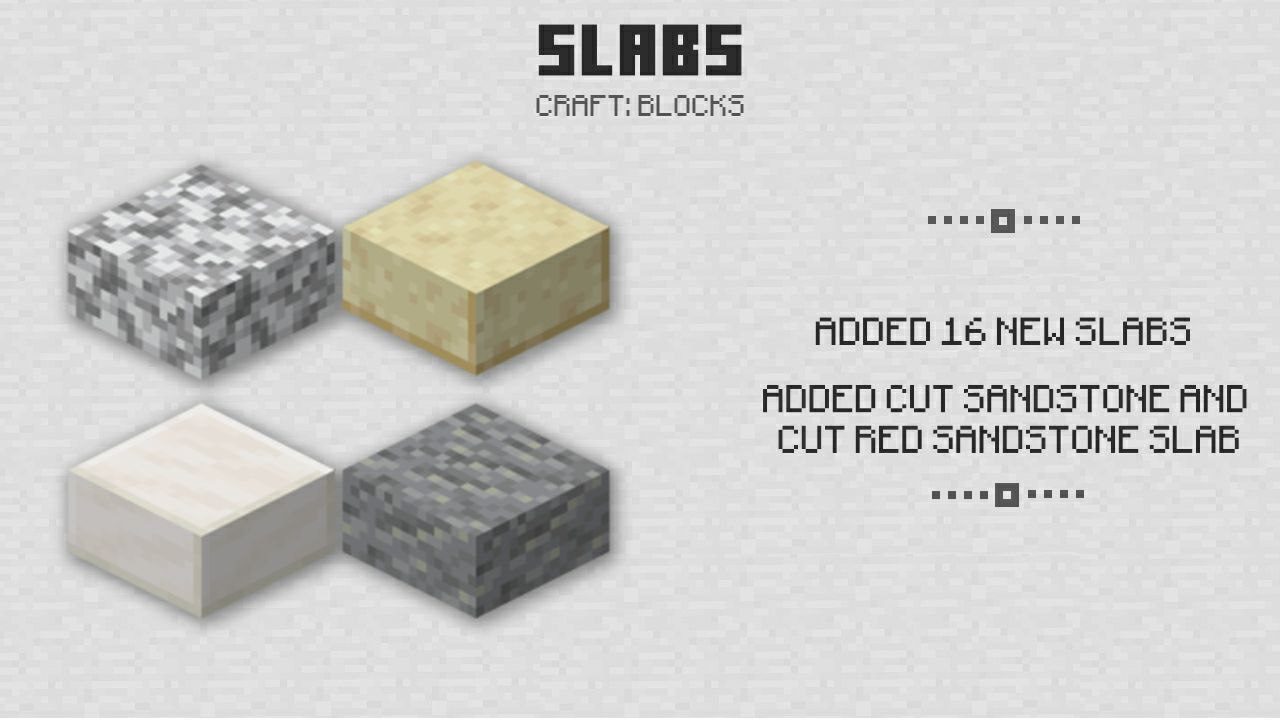 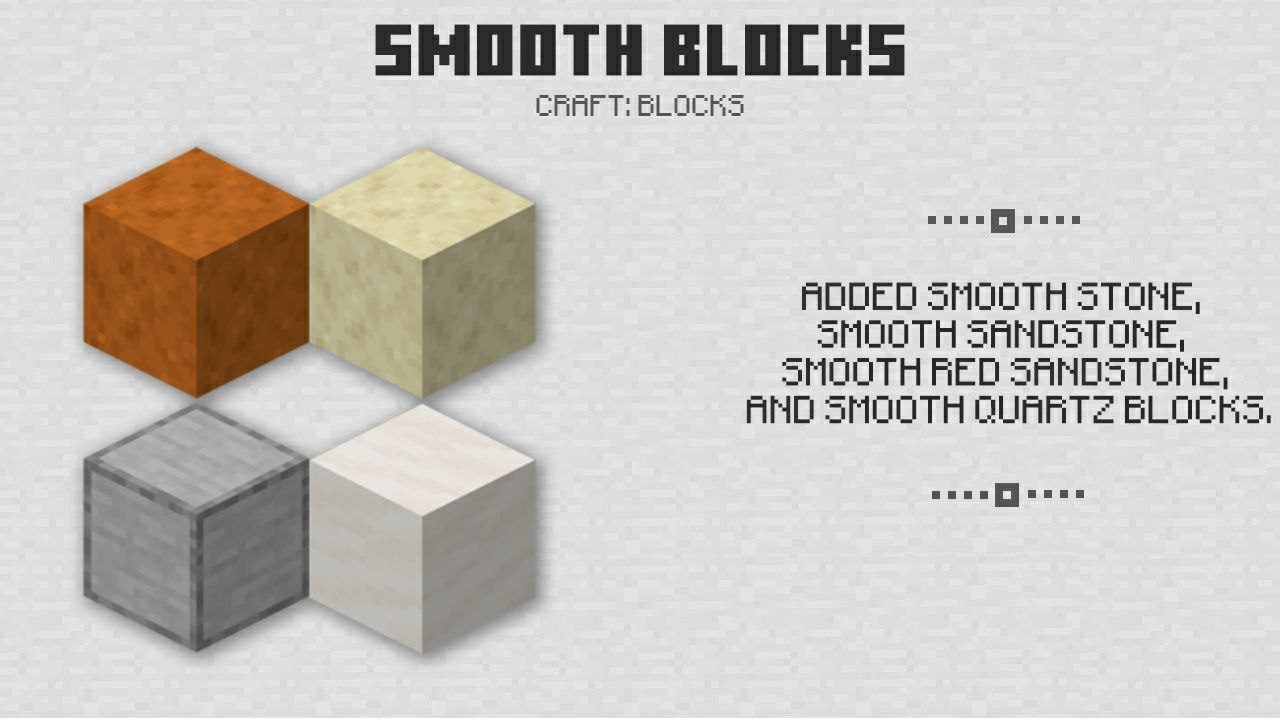 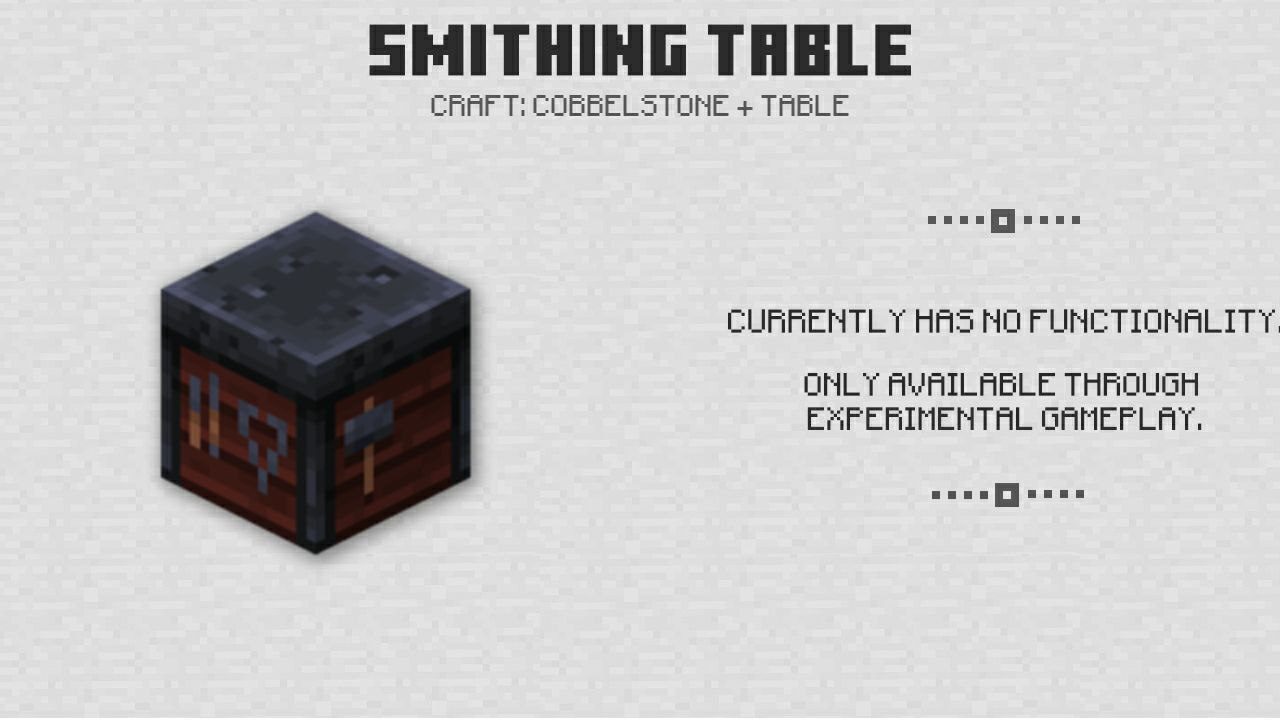 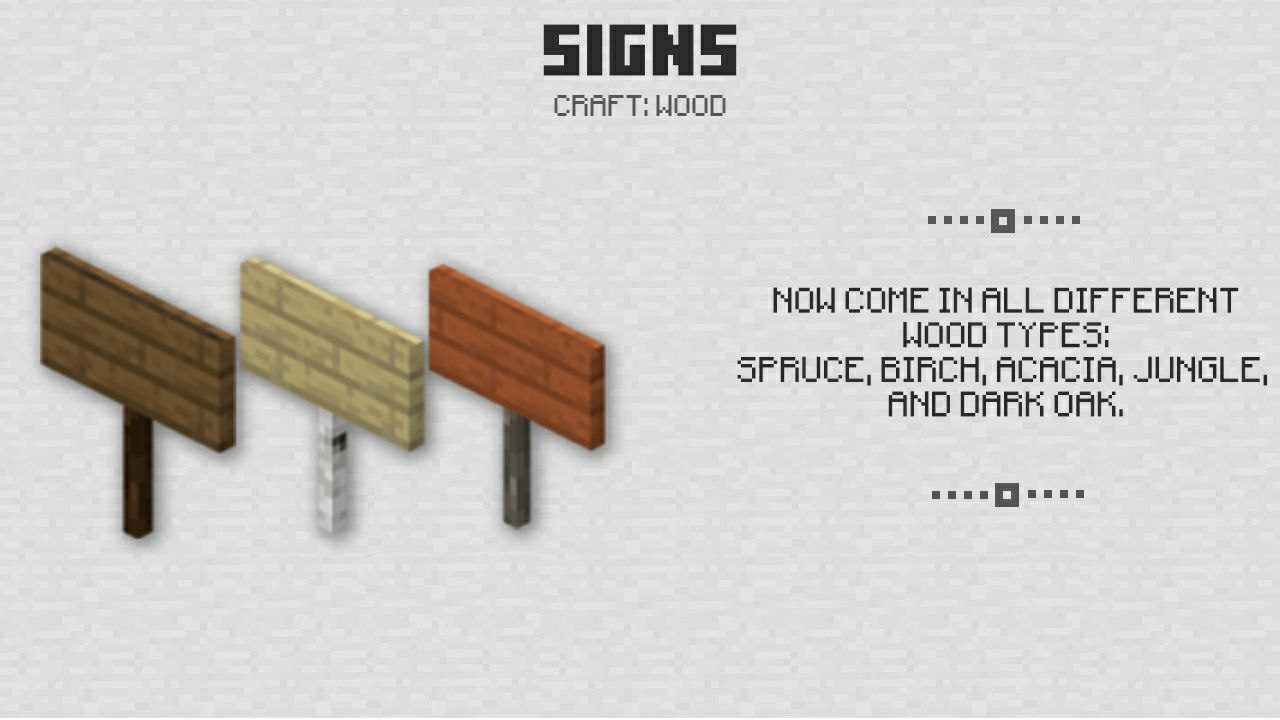 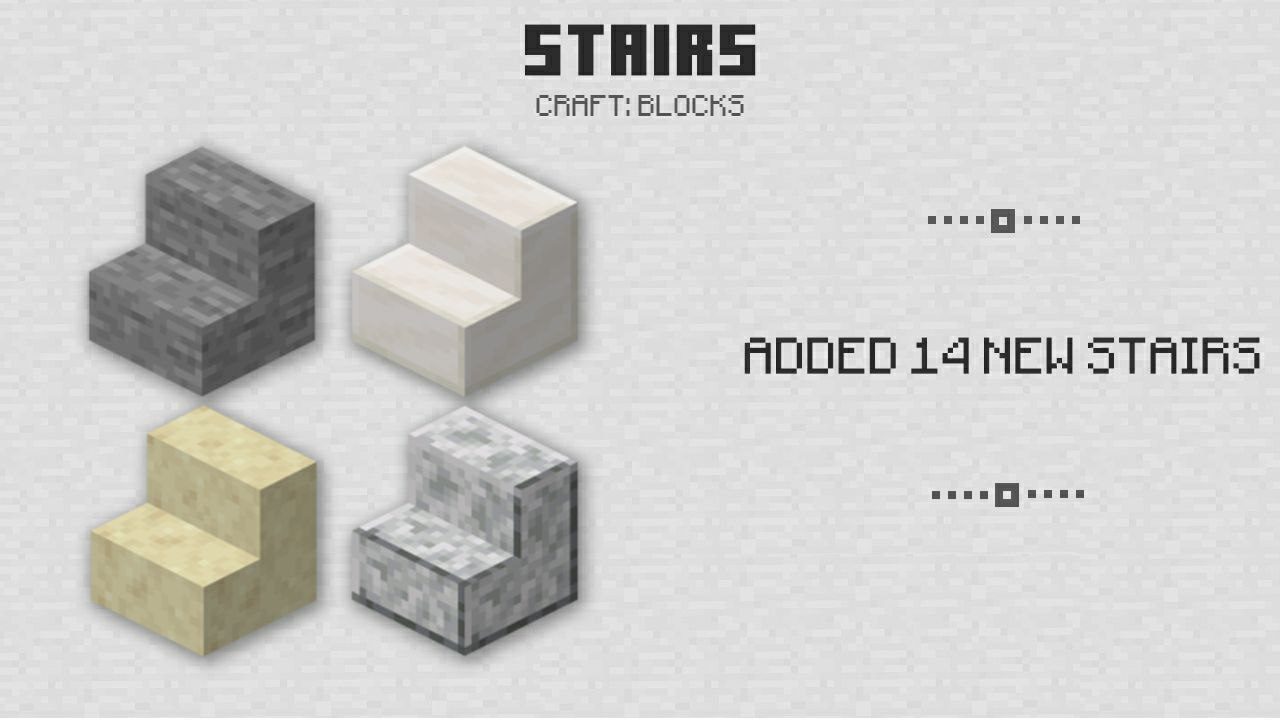 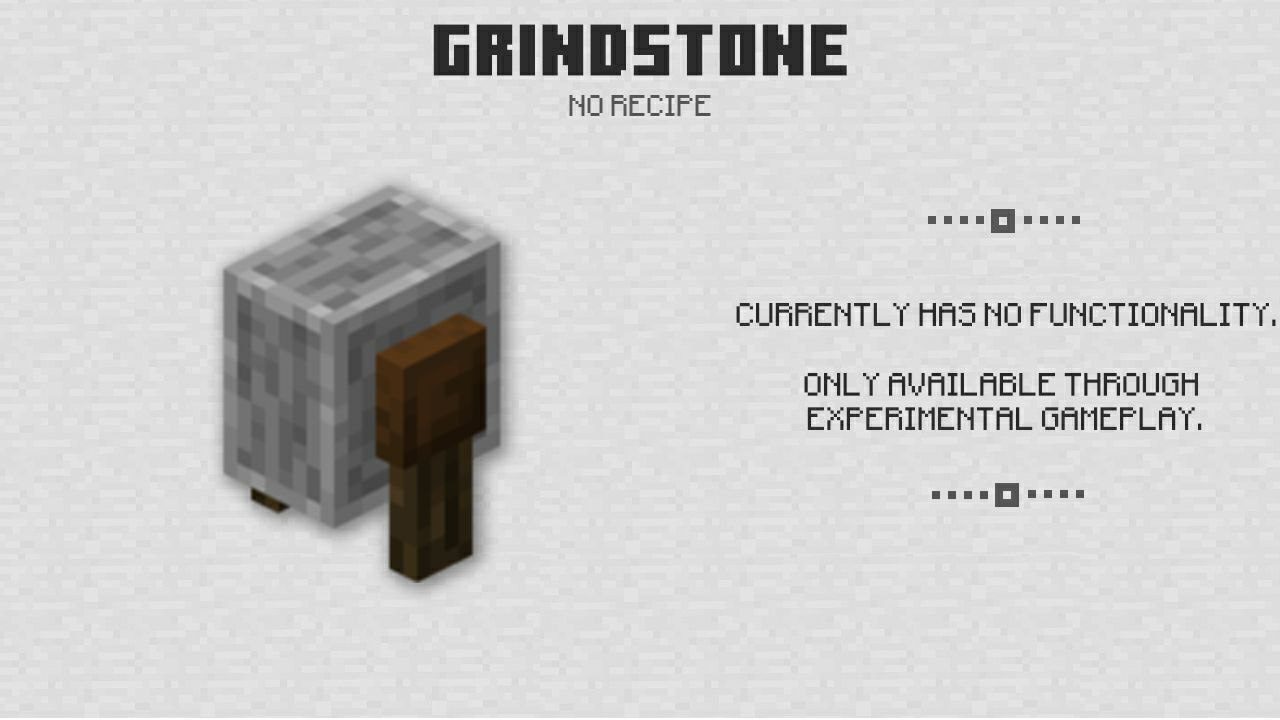 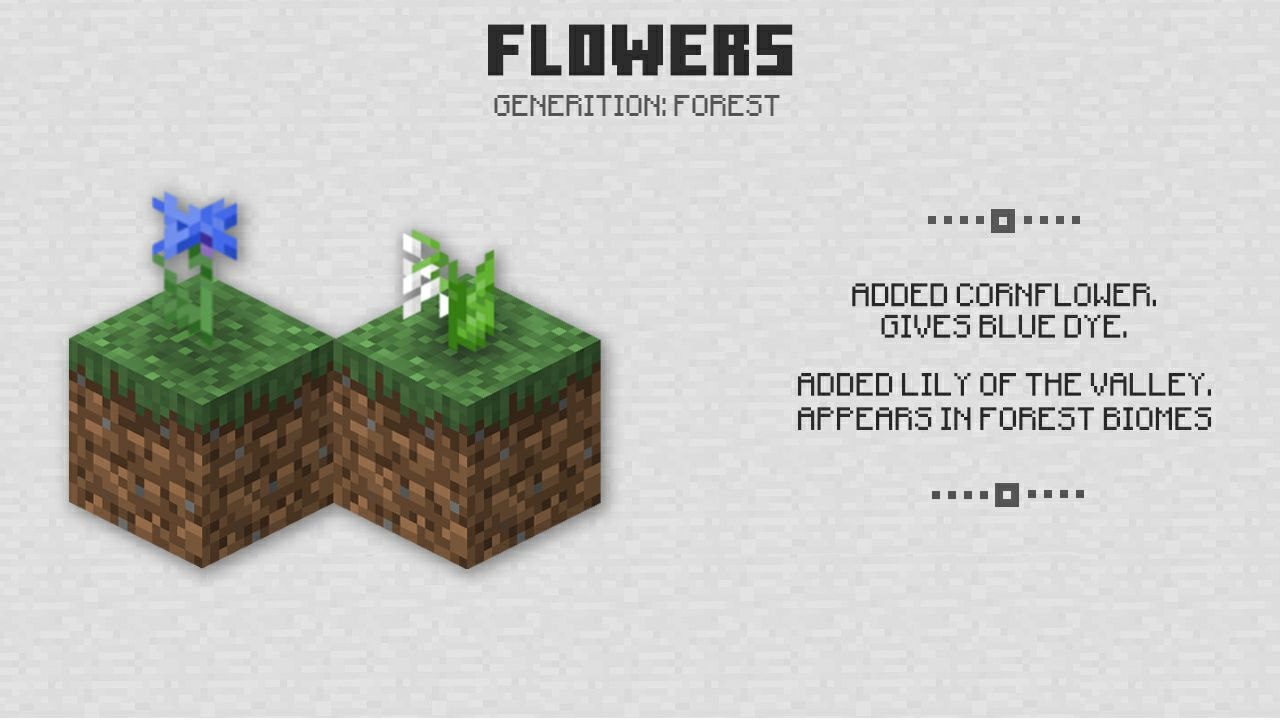 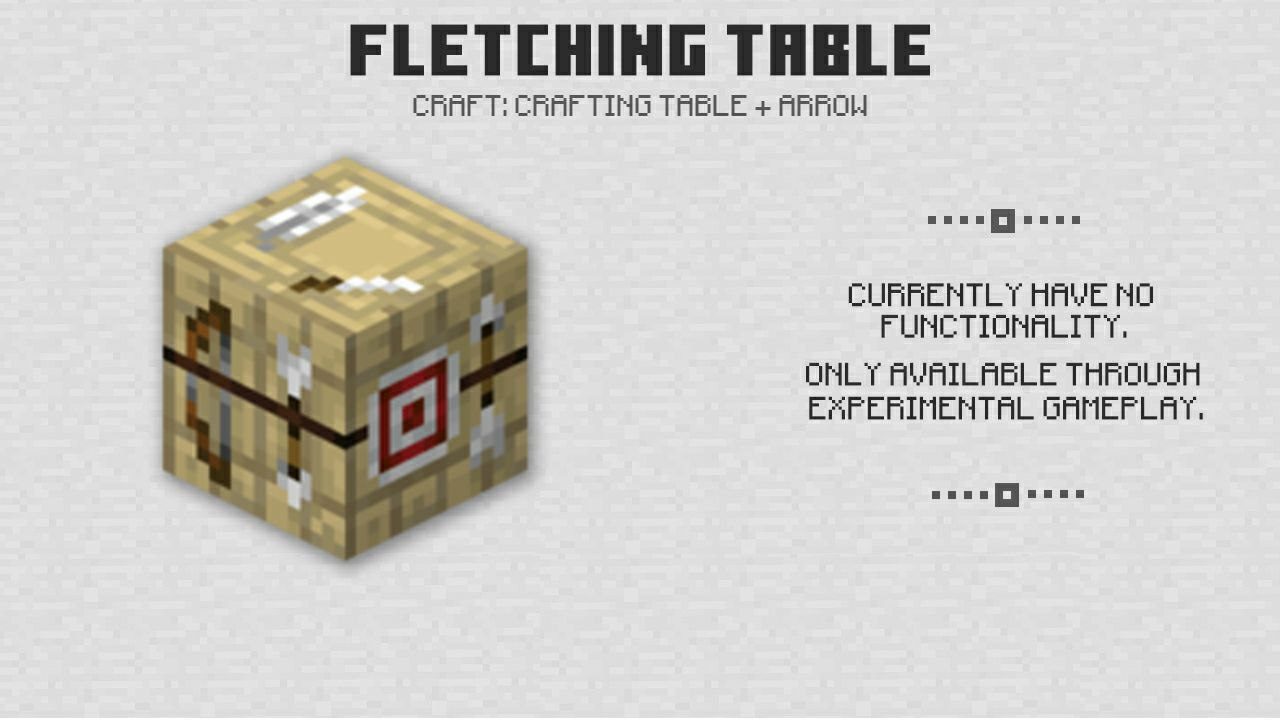 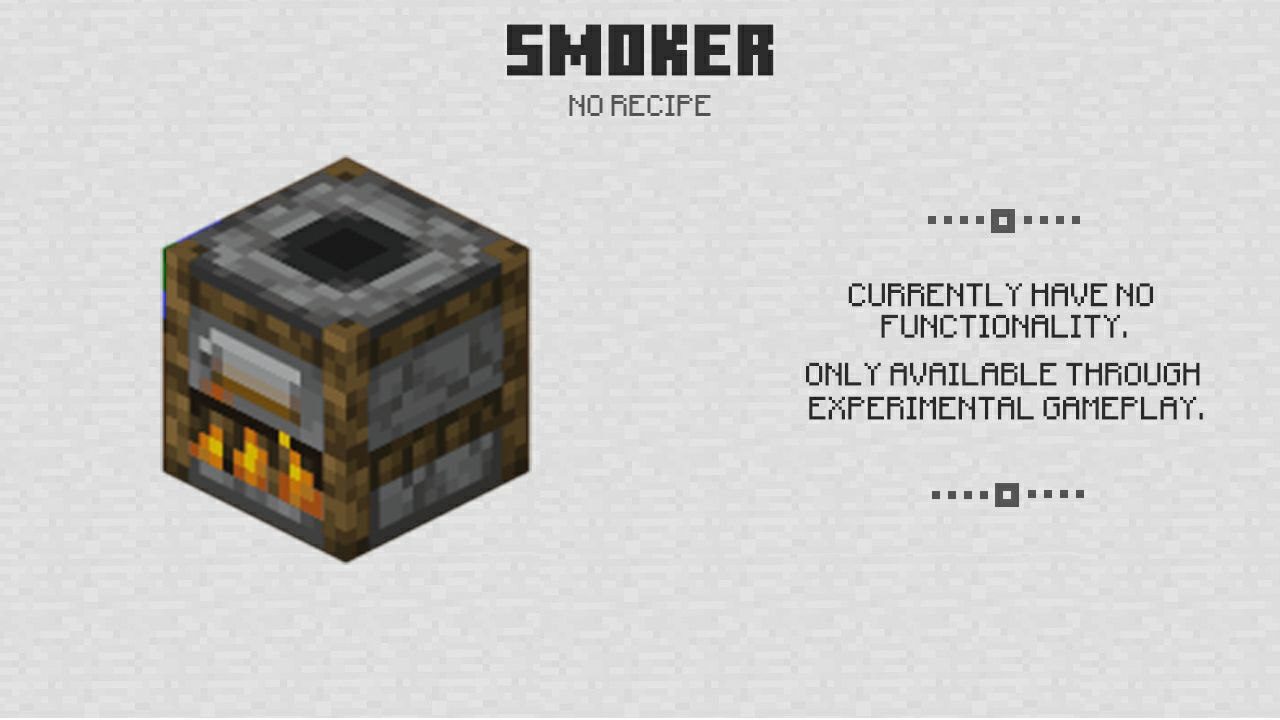 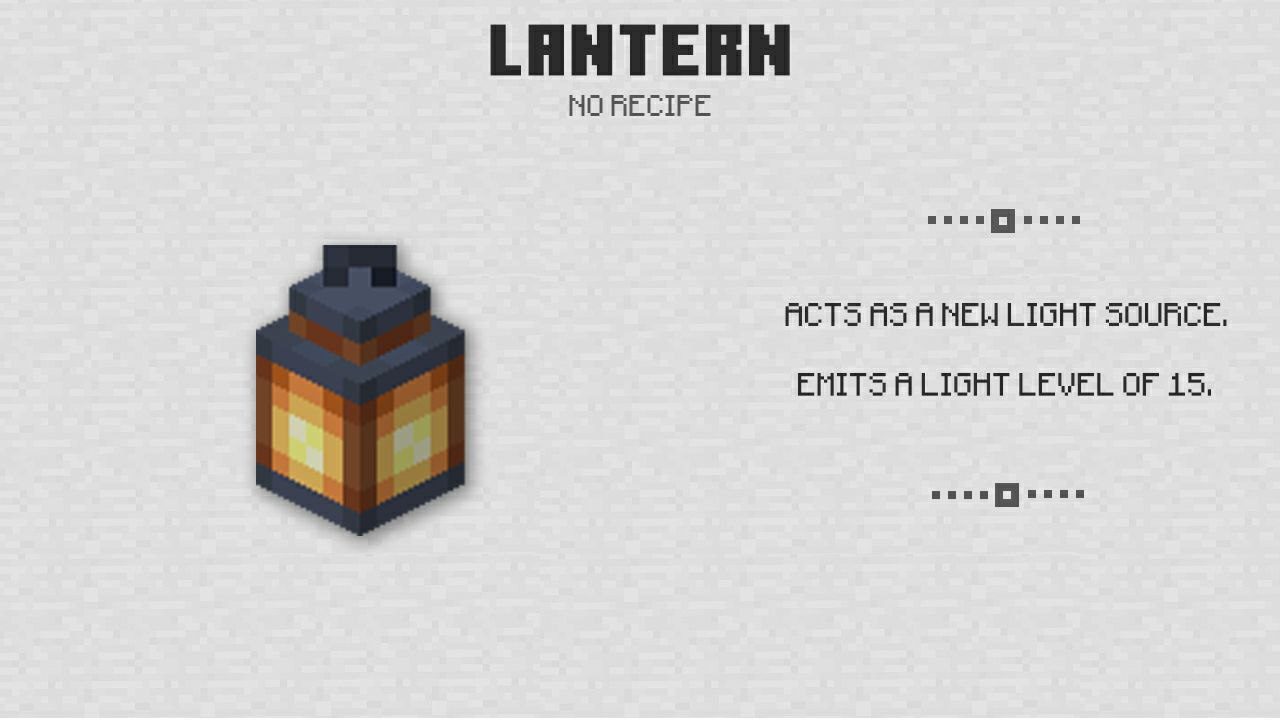 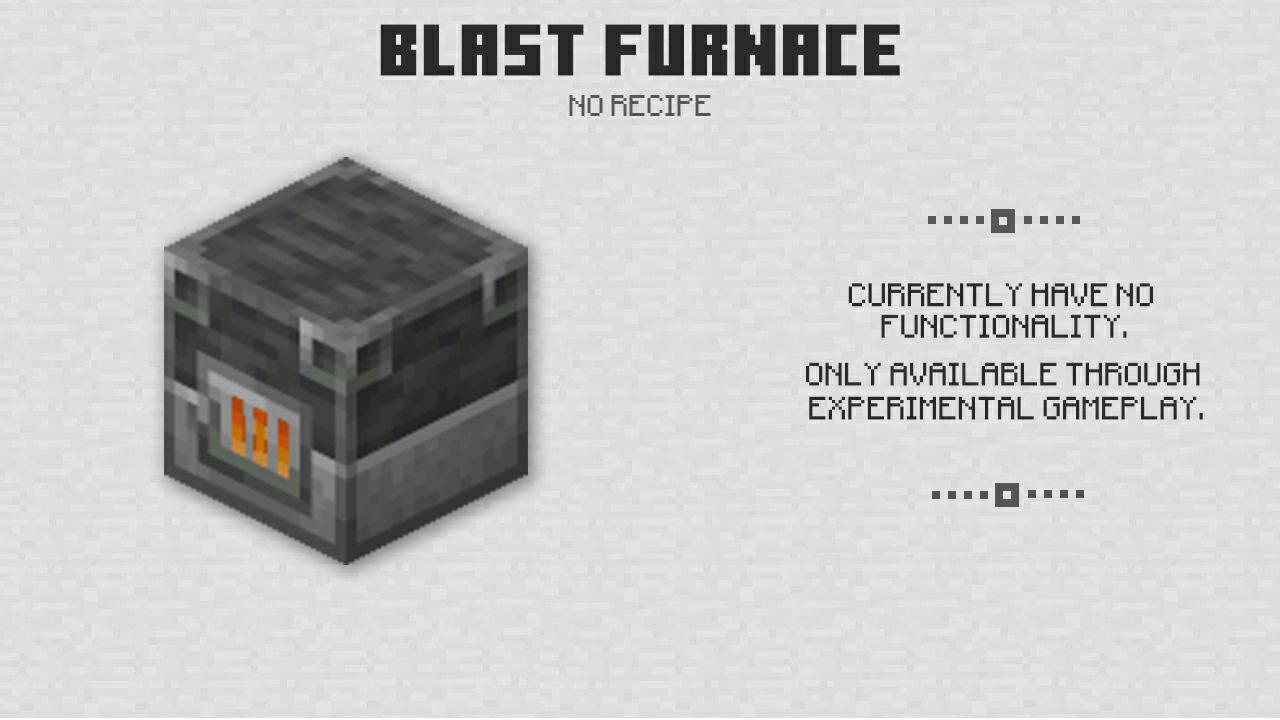 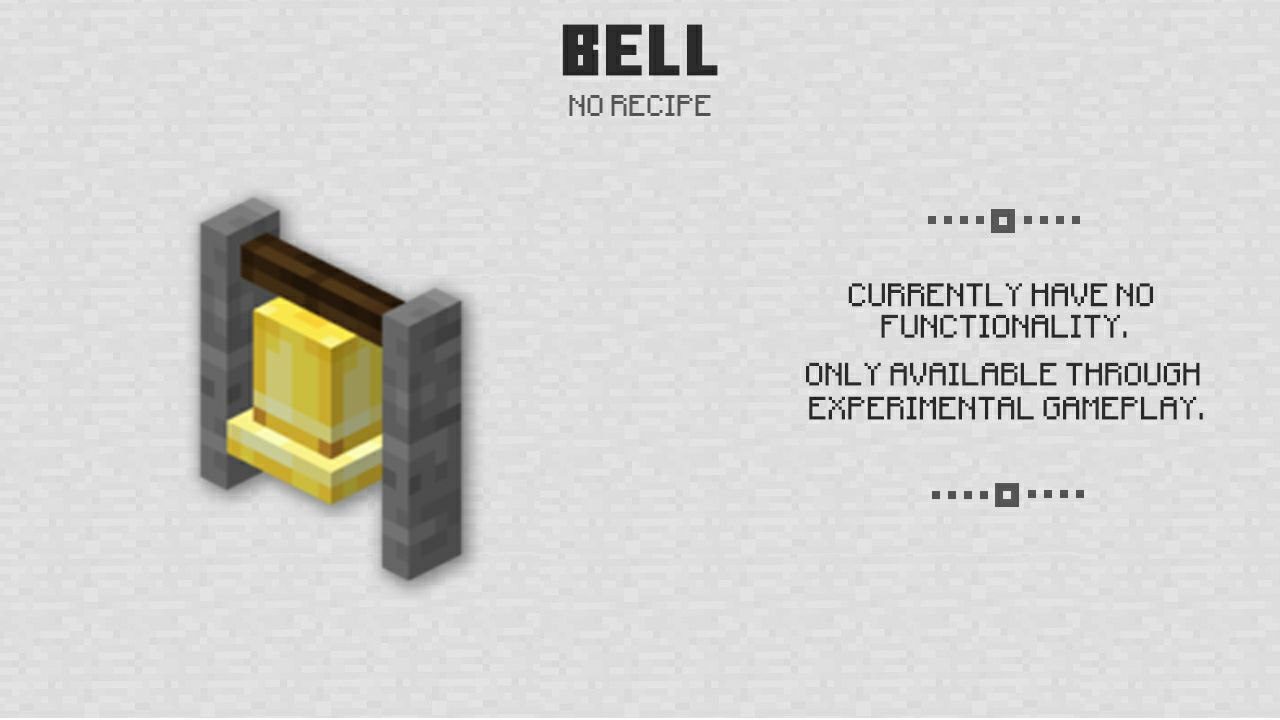 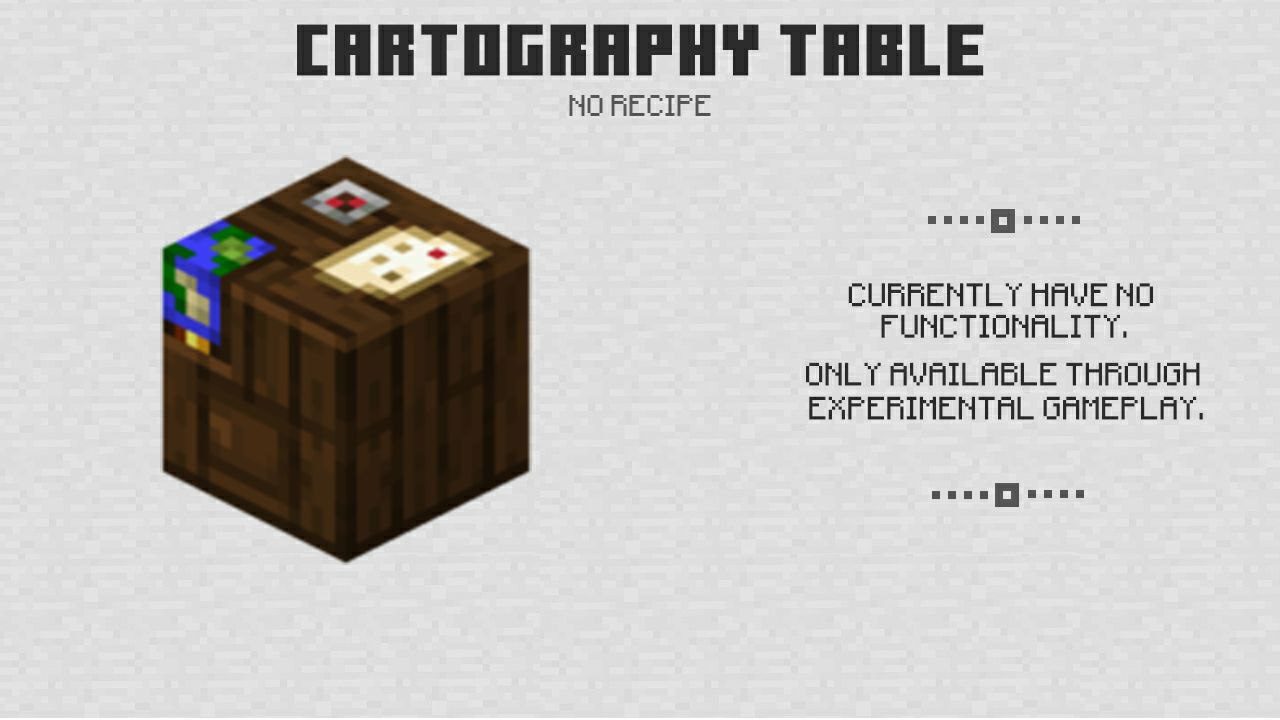