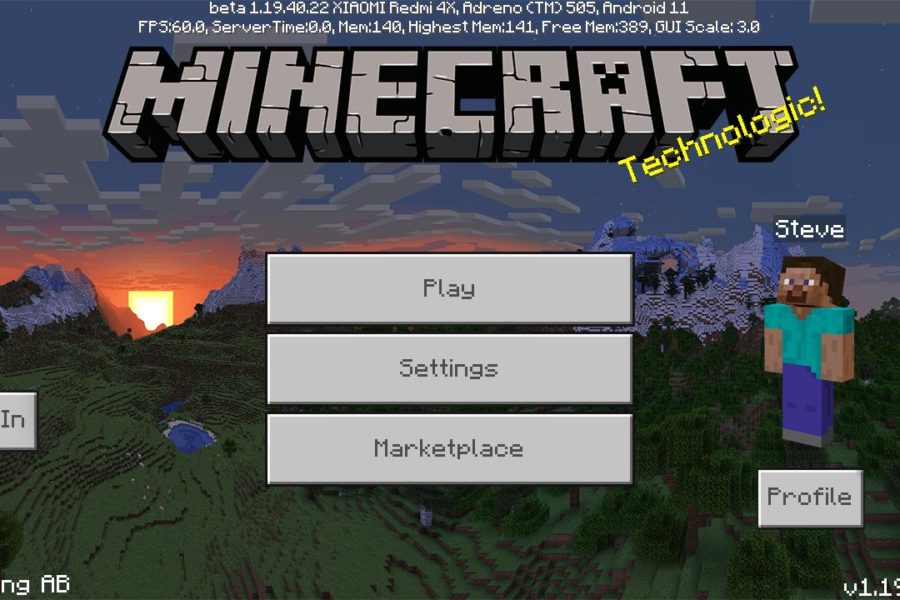 Download Minecraft 1.19.40.22 Wild Update for free on Android: use not only wood but mud blocks during constructions.

The developers have released a new version and tried to do everything possible so that players have a wide variety of activities and hobbies. One of them can be the cultivation of various plants.

Moreover, in Minecraft PE 1.19.40.22, the list of possible crops has been replenished with sweet berries. Now players will not have to look for these fruits in the forest, but rather take good care of the plant and harvest it.

Also, the air bubbles in the water have changed their strength to match the Java version.

There are not so many inhabitants in this biome yet, among which, of course, frogs should be singled out. First of all, it is worth noting that they are peaceful and will not bring any harm to the player.

By the way, animals can be bred, they appear from small tadpoles and eventually grow into adult being. Also, heroes can get real benefits from interacting with them.

It is enough to feed the creation with magma and it will produce a glowing block. By the way, Minecraft 1.19.40.22 fixed a bug that caused problems with finding a way around muddy places.

Among the creatures gaining popularity in Minecraft PE 1.19.40.22, Allay can be noted. This little creature will always be happy to help its owner. And in addition to practical benefits, h can also cheer up the hero with an incendiary dance.

Just turn on the music next to it. Also in this version, Ravager got a great speed of movement, so this enemy is extremely dangerous for the hero.

It is worth noting that the wall can again protect the player from attacks by even the strongest mobs. The fact is that it was previously noted that creatures with a damage radius greater than average could hit a target through them.