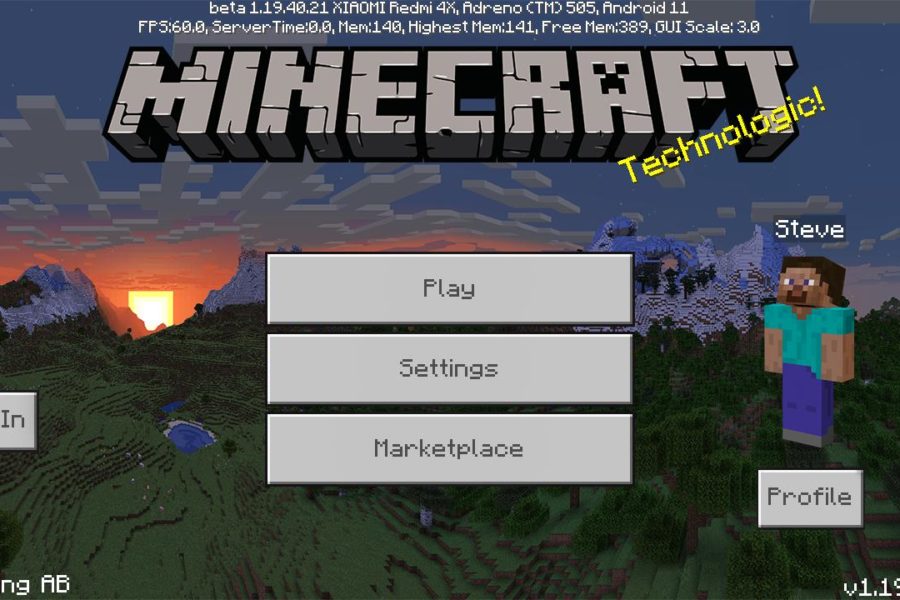 Download Minecraft 1.19.40.21 Wild Update for free on Android: tamed mobs will follow players everywhere, including when moving through End Portals.

Thanks to the enormous amount of work that developers are doing, the gameplay in Minecraft 1.19.40.21 is becoming more stable and productive. This time, many important aspects were touched upon, for example, the problem was fixed due to which game to crash if data loading occurred.

Also, user names can no longer be greater than the maximum value, and NPC names will only be displayed when looking at them. Also, Redstone blocks will give the correct signal in any configuration.

In this version of Minecraft PE 1.19.40.21, new commands are implemented, and a block replacement function is added to /loot. Also fixed a bug that caused boats to disappear if the player pushed them through the portal.

Also, for the falling block not to break, it must land on a double block. Players should visit an amazing location called the Ancient City. In its center is a secret door.

Behind it, the heroes will find a lot of valuables. Treasures are guarded with traps, but no mobs live here. The villagers will again accept flowers from the iron golems, and the inhabitants of the Grove biome will change to a snow version.

The technical component is integral and very important for the whole gameplay as a whole. Not all fixes may be obvious and noticeable at first glance, but they make Minecraft 1.19.40.21 even more interesting.

This time, the water texture in some swamp areas has been changed, as well as the problem associated with teleports. Now the movements will be instantaneous again. The search for necessary items in the settings has also been simplified, 2 separate sections have appeared for this: Account and General.