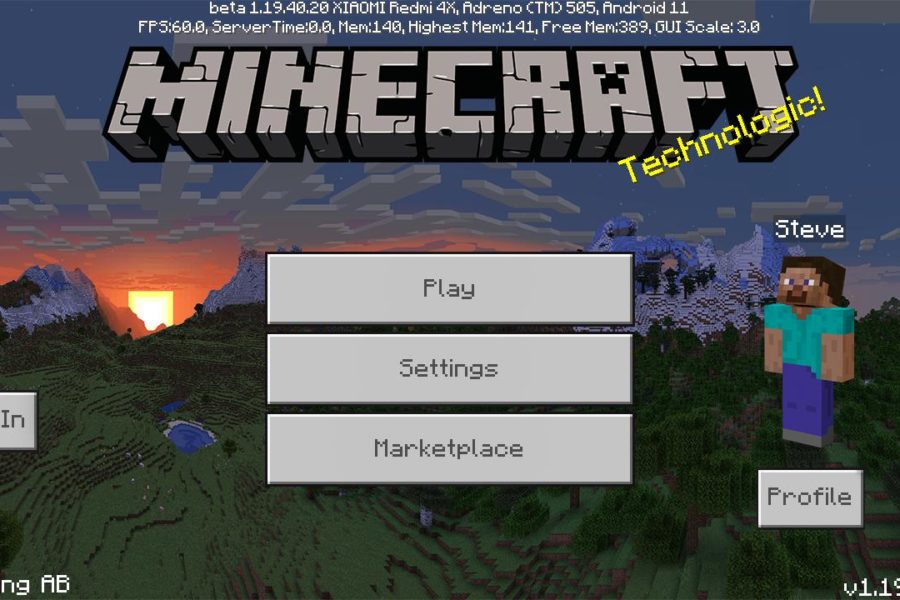 Download Minecraft 1.19.40.20 Wild Update for free on Android: a meeting with Warden may end in death for players because this creature has great power.

The new version of Minecraft 1.19.40.20, in which players are invited to use new features and embark on an exciting journey through new territories. New resources, such as mud blocks and mangrove wood, have also become available for extraction.

It is worth noting that the fixes affected critical errors that greatly affected the stability of the game process.

This creature is still positioned by developers as the most dangerous mob in the cubic world. And according to their idea, players should not look for a meeting with him, because they will not receive any loot from this creature.

But it will not be easy to survive after meeting him. The monster can limit itself to one or two attacks, which will be quite enough to deal with even a well-equipped opponent.

In Minecraft PE 1.19.40.20, this creature has a new sound effect that becomes audible when it takes damage. Also now parrots can copy the sounds of Warden and thus mislead players.

In each version, developers find various errors related to the interaction of the player with mobs or in their behavior. Thus, in Minecraft 1.19.40.20, Drowned reappeared in the territories of the warmth of the oceans.

The teleportation range has been reduced for the Enderman, and Allay and bees will not get stuck in low-hanging objects and lanterns.

Of course, Minecraft PE 1.19.40.20 could not do without correcting technical errors. There will be no crash when loading worlds with texture packs installed. On Xbox, players will not be bothered by the message Storage is full when there is enough memory.

Also, the local deletion of worlds will occur correctly. All of this will allow users to enjoy stable gameplay.