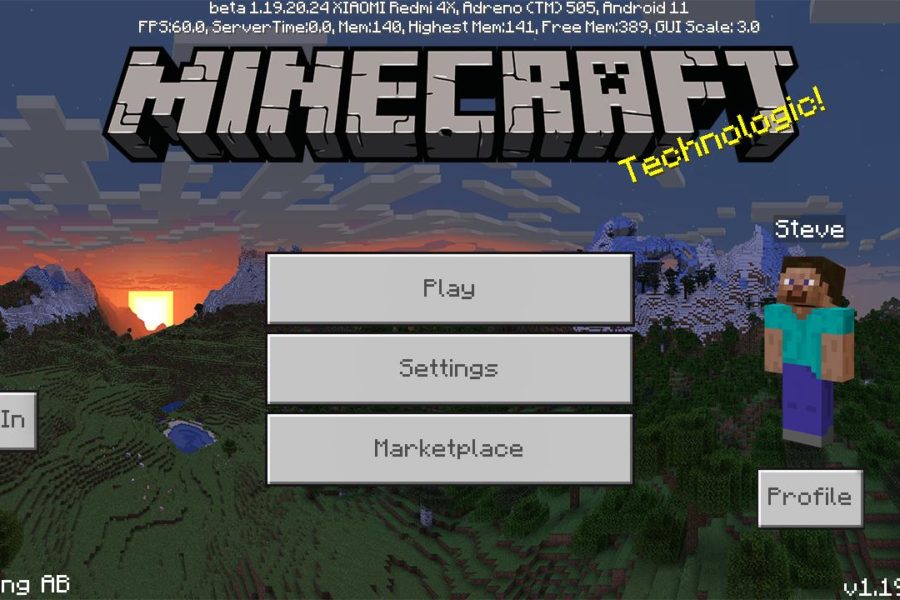 Download Minecraft 1.19.20.24 Wild Update for free on Android: incredible adventures and amazing discoveries are waiting for their heroes.

In this update, developers continue to improve the gameplay and all its elements so that players get maximum satisfaction from the time they spend in the game.

Changes in Minecraft 1.19.20.24 affected many of its functions, including the multiplayer mode. The failure will not occur when changing dimensions, as well as after a long stay on densely populated servers, the player and menu items will not turn red.

Mobs will also load correctly into the world regardless of their saved position.

During the game, everything that surrounds the hero should be displayed as correctly as possible. Therefore, some changes in Minecraft PE 1.19.20.24 affected them. For example, all the resources extracted from mangroves can be used in a charcoal fire.

In the Ancient City location, players will more often be able to meet the Sculk Patch, which can now also be placed on additional blocks. Also for the Sculk Catalyst, the display is changed when the experience drops from 20 to 5.

It will also be useful for players to learn that mangrove roots are easier to break with an ax and dirty ones with a shovel.

Some creatures have gained new abilities and this is not always good for players. For example, in Minecraft 1.19.20.24, heroes who sneak around the Sculk Sensor will be detected by Warden, who in turn will now fall by 20 blocks at once.

But the new skills of Allay will appeal to those users who have already managed to make friends with this friendly mob. He will now collect not only the same type of armor but also elements that are completely different in strength.

Also, this creature, like bees, will be less stuck in incomplete blocks. By the way, the village merchants will reproduce the correct sound that will match the proposed item.