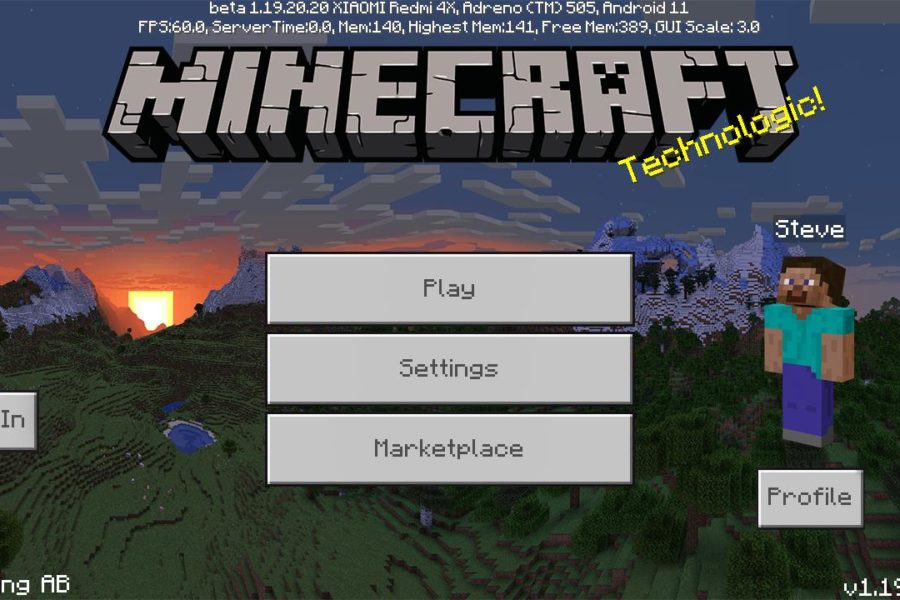 Download Minecraft PE 1.19.20.20 with a working Xbox Live: explore all the possibilities of the boundless world and appreciate the improved gameplay.

In this version, the developers have tried to create the most comfortable atmosphere in the game. Minecraft PE 1.19.20.20 has a more stable gameplay and user-friendly interface. Fixed a bug that led to the inability to use touch controls.

Also, various new features become available to players, thanks to which the gameplay will be even more interesting and exciting. For example, the /locate function has been expanded, which is used to search for both biomes and various structures.

With each new version, more and more interesting and very unusual biomes appear in the game, which attract players with their capabilities. One of these places, to which the attention of users and developers is riveted, is Mangrove swamps.

It is this location that has been receiving more and more interesting updates lately. For example, in Minecraft 1.19.20.20, players can place iron and glass structures on the roots of local trees.

In general, this area of the cubic world has not yet acquired its final form and users can hope that they will see many more unique objects and objects here.

Any area, in order to be interesting to study, should be filled not only with treasures or objects, but also with various creatures. In the cubic world, they can be aggressive, neutral, or friendly.

In any case, players will be able to get various useful loot from interacting with them. It can be meat, feathers, or even gold. One of the mobs that have recently become available for heroes is Allay. A small blue flying creature not only looks very cute, but can also bring a lot of benefits to users.

In Minecraft PE 1.19.20.20, he collects for the player the same items that were given to him earlier. At the same time, in the new version, they also glow in the dark.