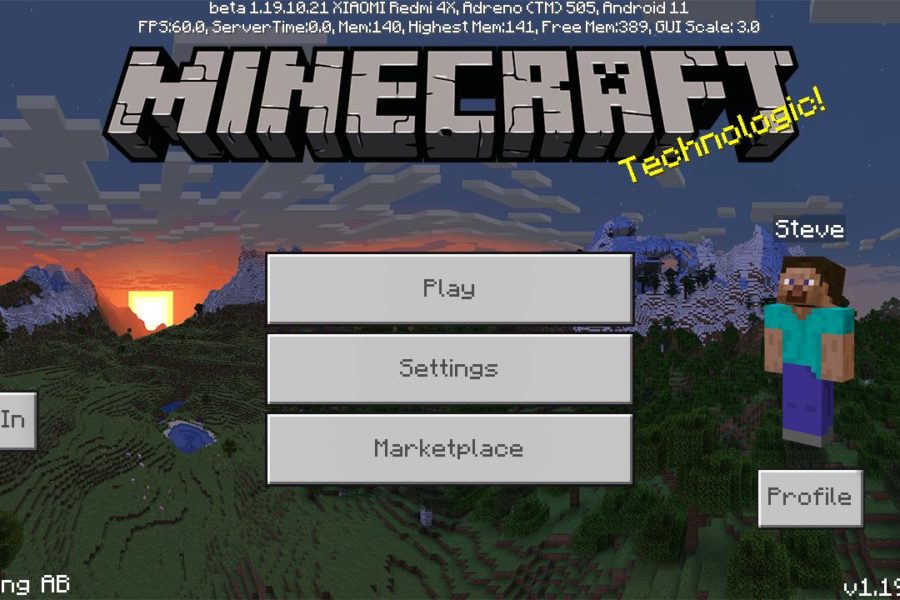 One of the most ambitious, and therefore such a long-awaited update is already available to all Minecraft PE 1.19.10.21 users. This time, the developers of Mojang Studios have pleased users with a lot of fixes and new features.

This is good news because the cubic world is becoming more and more saturated and interesting. In this version, the changes affected mobs such as Warden and Allai, as well as the Mangrove Swamp biome.

By the way, players can fully experience all the possibilities of the new Spectator Mode. In which now the heroes will not feel hungry and can breathe freely in any location.

When switching to this mode, the sleep timer will stop notifying players. The viewer cannot be pushed with a piston, but at the same time fireballs, arrows and other projectiles will pierce the players.

One of the most terrifying mobs in Minecraft 1.19.10.21 has now received even more new features. In this update, he will be able to move freely through liquids such as water and lava.

Also, he will always pursue the object that affected him. Moreover, with each attack, his anger will increases by 100 units. If the Warden digs or appears, it cannot be pushed.

This biome, which has recently appeared in the game, is transformed even more in each update, new objects and interesting features appear in it. In Minecraft PE 1.19.10.21, swamp dwellers will appear in this area and this can greatly diversify the appearance of this location.

Nether Sprouts and Fungi can be placed on the roots and dirt. By the way, when using scissors, the leaves of mangrove trees will not be collected in separate piles.