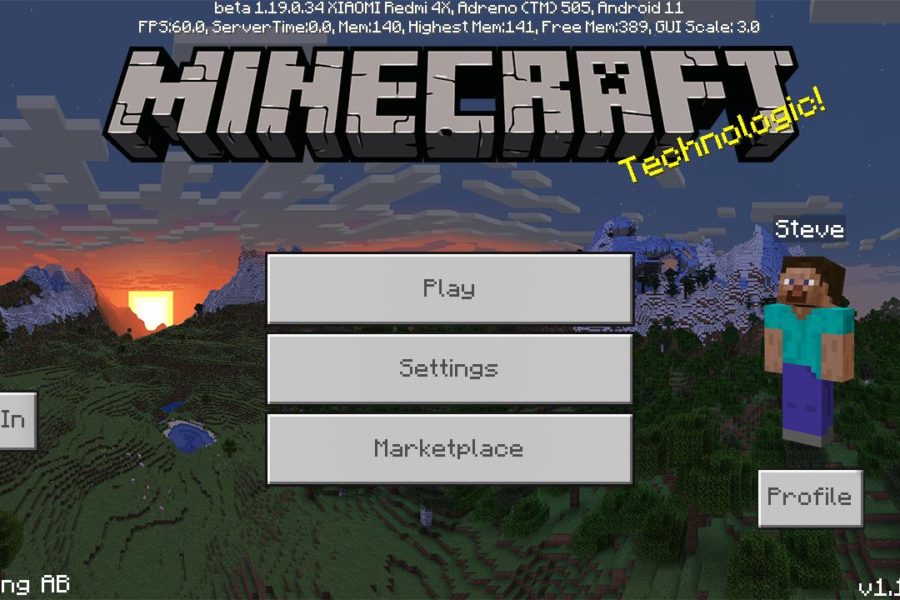 Download Minecraft PE 1.19.0.34 The Wild Update with a working Xbox Live: try to fight a very strong opponent or find a lost treasure.

A new update was announced by the developers of Mojang Studios. Large-scale work continues on newly appeared mobs and biomes. It is worth noting that at the moment players will not be able to teleport to the Lower World with Allay.

This feature is temporarily disabled and will be resumed after the errors are resolved. The fact is that after teleportation, the mob could get inside the blocks and suffocate in them. This, of course, greatly upset the players.

The changes also affected the Mangrove Swamp biome. Previously, plants in them could grow incorrectly at negative coordinates, in Minecraft PE 1.19.0.34 this was fixed.

This mob has recently appeared in the game, users have been waiting for its appearance for a long time. Indeed, this creature looks very intimidating. Warden has no eyes and moves with the help of vibrations, thanks to which he discovers his victims.

Only the bravest and bravest players will dare to fight with him. Minecraft 1.19.0.34 also has such an opportunity, it is enough to go to the darkest and scariest biome in the cubic world.

This place terrifies travelers, but those who decide to go here can not only try to overcome the terrible Warden but also try to find treasures.

In Minecraft PE 1.19.0.34, players can find them in the ruins of an ancient city that is located in this biome. Of course, this adventure will be difficult, but it is definitely worth it.

The developers have tried to fix problems with graphics and visual elements that were found in previous versions of the game. Minecraft 1.19.0.34 is becoming more optimized and user-friendly.

For example, players can change settings to increase the display time of notifications.