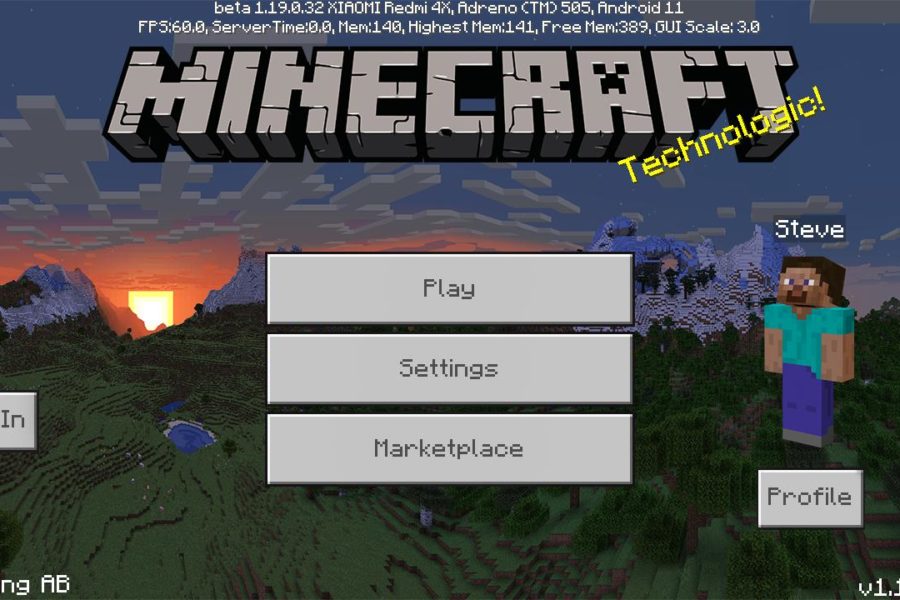 Download Minecraft PE 1.19.0.32 The Wild Update with a working Xbox Live: visit the Ancient City and try not to let Warden hear the footsteps.

In this update for Minecraft PE 1.19.0.32, developers continue to implement a new, still experimental spectator mode. At the same time, they pay special attention to users that in the future this function may change a lot.

In this version, players cannot fight or build anything, they cannot interact with the world in any way. That is, as the name implies, this is an opportunity to observe the course of events from the side.

Travelers can discover this location in Minecraft 1.19.0.32 by exploring the Deep Dark biome. It is in the Ancient City that the ruins of abandoned buildings are located, in which players can find treasures.

The creators have fixed the mechanism of the trap, which is located under the main building. Therefore, the player should be more careful.

The effect of darkness in this place will disappear smoothly, which will make the gameplay more realistic. The corrections also affected the processes of space generation – flooding with lava or water will occur less often.

This terrifying and extremely dangerous creation for Minecraft PE 1.19.0.32 The Wild Update users has recently appeared in the cubic world. That is why now all the attention is focused on Warden.

Players should be especially vigilant because this monster will emit darkness every 6 seconds. His sounds have also received changed, for example, when he is angry because of an attack, the creepy creature will not reproduce the sounds of anger.

In Minecraft 1.19.0.32, when destroying a boat with a chest, the player will receive only one thing, not two as it was before. But if the trolley breaks, then all the parts: the bunker, TNT, and the chest will fall out separately.

It is also worth considering that you can not use the roots of mangrove trees if the player wants to melt the oven.